Labour force up by eight per cent 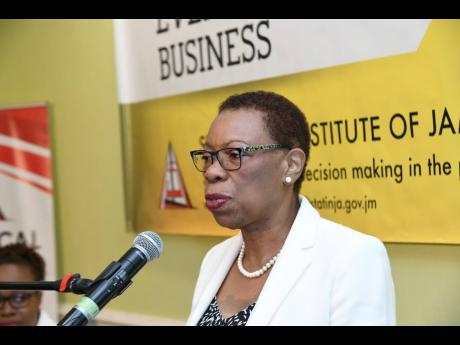 Jamaica’s employed labour force grew by 8.3 per cent in July, according to the latest data from the Statistical Institute of Jamaica (STATIN).

The LFS measures the number of persons employed, unemployed, and those outside the labour force as at the reference week, STATIN said, adding that the survey does not measure the number of jobs created.

In a quarterly press briefing yesterday, director general Carol Coy said that the number of employed males and females increased by nine per cent and 7.5 per cent, respectively.

Employment in the construction sector, real estate, and other business services sector accounted for more than half of the increase in the employed labour force.

The second highest increase was recorded in the real estate and other business-services sector, with 21,500 more workers employed in that group.

Females accounted for the largest increase in the industry which employs 115,100 Jamaicans.

The other industry groups with notable increases were accommodation and food-service activities (17,800); agriculture, forestry, and fishing (6,200); and wholesale and retail trade, repair of motor vehicles, and motorcycles (5,500).

Coy explained that youth unemployment, ages 14-24, was also on the decline, standing at 23.9 per cent.

Some 767,500 Jamaicans are outside of the labour force, a 5.2 per cent decline, when compared to last year.

“These individuals are neither employed nor unemployed. Males outside the labour force declined by eight per cent, while females declined by 4.6 per cent,” Coy said.