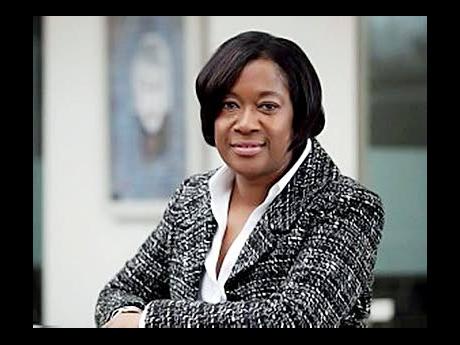 Jacky Wright, who has featured on the Powerlist since 2018, has topped the 2022 list as the most influential black person in the United Kingdom.

Born in London of Jamaican parents, Wright is the corporate vice-president and chief digital officer at Microsoft US, but she has also worked in the UK with HM Revenue and Customs between 2017 and 2019, where she was the chief digital and information officer on a loan agreement from Microsoft.

The Powerlist annually names the most powerful people of African, African-American and African-Caribbean heritage in Britain. Jacky Wright was listed number six in 2018 and four on two occasions in 2019 and 2020.

As the list was announced last week with Wright taking the top honour, she said: “I am proud to be in the company of these great leaders of African and African-Caribbean heritage, but I am reminded that we still have a very long way to go.

“Each of us has a responsibility to ensure that we not only showcase role models, so future generations can envision who and what they can be, but more importantly, we need to make monumental shifts to create a more equitable society.”

Placing second on the 2022 list was England and Manchester United footballer Marcus Rashford, who successfully ran a national campaign to combat child poverty at the height of the COVID-19 pandemic, while third place went to Ann Mensah, who is vice-president at entertainment giant Netflix.

This was Fenton’s second appearance on the list after he placed second last year behind Formula One racing driver Lewis Hamilton.

Fenton, who was born in Glasgow, Scotland, to Jamaican parents, has been at the forefront of the London Region response to the COVID-19 pandemic after he was appointed Public Health England’s regional director last April. He helped to deliver the region’s successful programmes of COVID testing, contract tracing and the vaccine roll-out.

Windrush campaigner Patrick Vernon, who once again made the top 100 on the Powerlist, said: “It is a great honour to be recognised again in the 2022 list for my work as a campaigner and cultural historian. Congratulations to the 100 listed, a number of whom I have worked with in fighting for social justice for the black community in Britain.”

The JP Morgan-sponsored Powerlist was launched in 2007 to showcase black role models across various industries. This year’s panel of judges was led by retired high court judge, Dame Linda Dobbs.