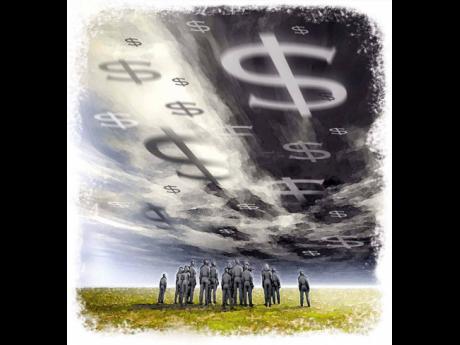 Karen Barnes has been trying for at least four years to have her daughter registered under the Programme of Advancement Through Health and Education (PATH), a state welfare initiative administered by the Minister of Labour and Social Security (MLSS...

Karen Barnes has been trying for at least four years to have her daughter registered under the Programme of Advancement Through Health and Education (PATH), a state welfare initiative administered by the Minister of Labour and Social Security (MLSS).

The struggling single mother, who works as a security guard, said she first made an attempt when her daughter was 12 years old. Now, at 16 and in fifth form, she is no closer to getting state assistance to cover living expenses and her daughter’s schooling as she was reportedly told that her financial and social circumstances were not dire enough.

“I can’t lie because I am a child of God and they ask questions regarding if we have stove, fridge, TV, radio, running water, if I use flush toilet or pit toilet, if we use a kerosene lamp, cook on a wood fire or if we have electricity, and I told them the truth,” the Clarendon mom told The Sunday Gleaner, noting that although her home has “modern-day” amenities, she often finds it difficult to pay her rent or buy food.

“What I am realising is that once you have all of these stuff, you are a no for them. But because they see you living in concrete house, this doesn’t mean you still don’t have challenges,” Barnes said.

“It is difficult to make ends meet if we don’t go out seven days per week,” Barnes said. “Even when I try to cut and pinch, sometimes not even a two-pound of sugar mi cah buy fi carry [home].”

Another Clarendon mother of three, 32-year-old Toniann Pascoe, has been trying to access the PATH benefits since her first child – now 15 years old – was attending infant school.

Her children’s father died four years ago, making her financial situation even more challenging, she told The Sunday Gleaner.

“Last year, I went to try to register. I showed them that my two daughters’ father passed and I am doing it all alone, and they said they would come to my house to do the checks, but I haven’t seen anyone,” she said.

Pascoe is among roughly 4,247 applicants now awaiting a response from the social security ministry, which also did not respond to Sunday Gleaner queries regarding the number of families that are currently awaiting social enquiry reports – an element of the programme that determines eligibility.

Since the start of the pandemic, the MLSS has declined 9,539 PATH applications, nearly 1,000 more than it declined the year before the onset of the deadly plague.

The Government has allocated $14.5 billion to PATH for the current financial year.

“Applicant families are not selected for PATH if they have not met the eligibility criteria for the programme,” the MLSS said in written responses to our news team last week.

“Demographic and other socio-economic data are collected on individual family members and the information entered into the Beneficiary Identification System (BIS). The BIS applies a proxy means test to derive a family’s score. Families that have attained a score which is at or below the cut-off point established for the programme are provisionally selected,” the MLSS has said via its website.

The pandemic has brought increased economic hardship for many Jamaicans, many of whom were already teetering on the poverty line.

Of all the households that had ever applied, the survey noted, 61.2 per cent had received a benefit at some point.

The fact that Jamaica is a “poor middle-income country” means the country needs to change its approach to the provision of a social security net, economist Dennis Chung told The Sunday Gleaner.

The burden on PATH to provide for so many, especially given the effects of the pandemic can only be alleviated, he said, “if we get more of our people to be productive”.

“It’s a tricky situation and based on what is happening with the pandemic, the need is going to be even more significant,” Chung reasoned.

“The problem that we have is that we have a lot of poor people with over a million people squatting in the country, plus the Government just cannot afford anything, then there is a greater need for people to go on to PATH,” he said.

“But if we really want to deal with it, we have to look at how we can get more people to be productive. If you are on PATH for four years, you have a significant problem,” Chung said noting PATH’s set-up “is more of a handout programme”.

Families benefit from the PATH initiative for a maximum of four years before they are required to reapply for assessment of their eligibility.

It is not immediately clear what proportion of families are been reselected, following the expiration of their first four years.

The MLSS has further dropped 2,265 persons from the programme between March 2020 and October 5, 2021, some of whom, it said, have either died, migrated or are no longer a part of the original families that applied, due to disintegration of the families.

Joan Thomas-Steves of Foga, Clarendon, thinks her grandchildren fall into the category of disintegrated families. Her daughter’s children were removed from the programme two years ago, but her efforts to have them re-enlisted have been unsuccessful. The children have since been living with her as her daughter’s economic status has worsened with the pandemic.

“But I am sickly,” Thomas-Steves said, pointing to the cost for medication and treatment for her heart condition.

Their conundrum seems to be hinged on the fact that the children no longer live with the original applicant – their mother who is economically unable to care for them – but the grandmother has also been unsuccessful in getting the children added through her household.

The removal of children from the programme “is a major problem” for many rural area families, Lennon High School guidance counsellor Ainsworth Kelly told The Sunday Gleaner, noting reports from several families that their children have been removed from the programme.

The pandemic has also adversely impacted the ministry’s ability to conduct social enquiries, as many staff have also been infected by the virus, it said.

In many instances, they have had to be reassigned to other activities such as the distribution of care packages in communities – a situation which Kelly believes has hindered the verification of the circumstances of many of the students.

Both Barnes and Pascoe say their socio-economic situations have worsened since the pandemic, with the latter having to move back in with her mother since she lost her job.

Her stepfather, the breadwinner for the extended family in which she now lives, also recently died.

“It’s me, my mother and my sister now. So, I went back again so that my sister’s daughter could get on. They said it (application) is still being processed, but I haven’t heard anything up to now,” she said.

“I am really struggling up till now. If I had gotten through with the PATH thing, it would have been a big help for me. But, to me, it doesn’t make any sense to continue [to try] because now is modern times and if you visit someone’s home, you will not see them without electricity,” Barnes reasoned.