Survivor: Breast cancer won't rob my kids of their mom 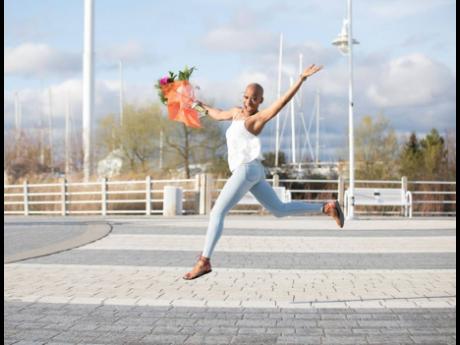 Contributed
Blackwood Maxwell: “I didn’t care what the medical report said, I was going to fight.” 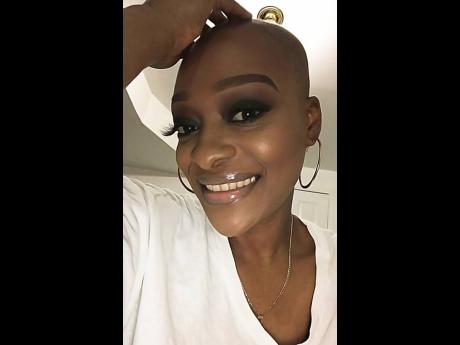 When Jodi-Ann Blackwood Maxwell’s 27-year-old mother died from cancer when she was nine, she said life was hard.

But the experience of growing up without her mother is what is fuelling her own fight with the dreaded disease.

“I am not going to allow my children to be motherless because I know what it’s like, so I decided I am going to fight,” said the mother of three.

Blackwood Maxwell, who was already the mother to a 10-year-old son, was diagnosed with breast cancer at age 31, six months after giving birth to twin boys in 2019.

The Spaldings, Clarendon native, who opted to get tested after feeling a lump in her armpit in 2017, said she was convinced by three different doctors that it was benign and was no cause for concern.

The lump, however, got bigger when she became pregnant two years later. Again, she was advised that the lump was no reason to panic.

But Blackwood Maxwell said she became alarmed after noticing blood in her breast milk. The findings of a mammogram bore the dreadful news: She had Stage-Four breast cancer, which had spread throughout her heart, chest, lungs, and liver.

“I was very angry, based on the fact that I had done my due diligence. I found the lump and sought medical attention. I sought advice from three different doctors, and all three told me everything was okay ... . At that point, I felt as if I was going to die,” she said in reference to the news of her diagnosis.

The news jolted her family and left Blackwood Maxwell devastated and heartbroken, as she had just migrated to Canada with grand expectations of starting a new life.

After nine rounds of failed chemotherapy, she became despondent, as her hopes of overcoming the disease looked bleak. She, however, found strength in her faith and main source of motivation – her children.

“I didn’t care what the medical report said, I was going to fight,” she told The Gleaner.

With that new determination, Blackwood Maxwell did another nine rounds of chemotherapy, this time with the powerful drug Adriamycin, which carries the daunting nickname ‘Red Devil’.

The disease is currently only present in a small section of her liver. While she harbours hopes of becoming cancer-free soon, Blackwood Maxwell uses her experience to encourage other women battling tumours.

Blackwood Maxwell is the ambassador for the Canada-based organisation Look Good Feel Better, a non-medical public service programme that teaches beauty techniques to cancer patients to assist them with managing the appearance-related side effects of treatment.

A professional make-up artist who shared that she also struggled with self-acceptance issues caused by chemotherapy’s side effects, now revels in assisting other women to boost their confidence by teaching them hair and make-up techniques.

She is also the ambassador for The Olive Branch Of Hope, another Canada-based organisation founded by breast cancer survivors to provide social and emotional support for women diagnosed with the disease.

Citing early detection as a lifesaver, she said: “I think I was brushed aside because of my age. I’ve seen women as young as 20 years old being diagnosed, so my advice is, if you feel a lump, don’t think you are too young to get breast cancer.

“Be an advocate for yourself, no matter what doctors say,” she added.

Plans are under way for the launch of Blackwood Maxwell’s foundation, geared towards offering support to other breast cancer patients.