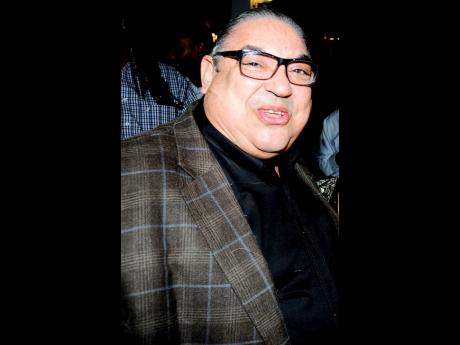 Advertising mogul and executive chairman of MacMillan Advertising, Robert Anthony MacMillan, has died. He was 73.

MacMillan Advertising is one of the longest established advertising agencies in Jamaica, founded by Robert’s father, Dudley MacMillan, back in 1929.

Among its storied achievements, the agency emerged winner of The Gleaner Company’s Advertising Award for Top Billing in 1996, having placed the highest volume of business, valued at $45.7 million, ahead of the other 23 advertising agencies.

In 2002, MacMillan was appointed honorary consul for Iceland.

Robert MacMillan, a father of two sons, was inducted into the Order of Distinction in the rank of Commander for his outstanding contribution to the advertising industry in 2018.

President of the Advertising Agencies Association of Jamaica, Arnold ‘J.J.’ Foote, told The Gleaner that his passing was a tragic loss to the industry.

“He was one of my favourite people. He is somebody that is loved by all industry members,” Foote said on Monday.

“He has the uncanny ability to make people laugh, no matter what the circumstances. He could be the most charismatic individual in this business.”

Foote, who is also the CEO of Advertising & Marketing (Jamaica) Limited, said MacMillan provided sound advice and passed on excellent knowledge to his son Travis, who now runs the agency.

“In the early days, he facilitated training for the industry using practitioners from overseas, in terms of how to make better print advertising, and he was very integrally involved in the development of the advertising industry,” McCook said.

He added that MacMillan’s commitment to the industry was “priceless” and his memory will be treasured as he exuded a “global spirit”.

“He’s one of those persons who you could always have dialogue with in terms of what is happening now, and I think he has passed down a lot of that to his son,” McCook added.

Meanwhile, CEO of ProComm, Jean Lowrie-Chin, told The Gleaner that MacMillan was a star in the advertising business and that his agency has a distinguished history in Jamaica’s industry.

She shared that MacMillan was always willing to assist with special events as master of ceremonies (MC).

“He was the best MC you could ever have. Not only did he prepare well, he had a great sense of humour,” she said, adding that she would miss his upbeat spirit.