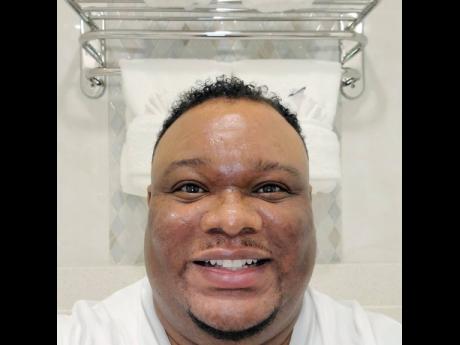 Meakof Jarrett, whose 39-year-old sister was killed in an alleged ritual sacrifice at the Pathways International Kingdom Restoration Ministries church in St James on October 17, believes that Monday’s crash death of Pastor Kevin Ontoneil Smith was a clear message of divine judgement.

The death of Smith, an eccentric megalomaniac evangelical whose flamboyance attracted followers but whose rhetoric was condemned by mainstream clergy as cultic, was a dramatic bookend to a more than decade-long ministry with its final chapter awash with blood.

Two members were slain at the church service and another killed by the police.

“This goes fi show di rest a people dem seh a nuh no His Excellency run things, but a God run things, and a wah God seh goes,” said Jarrett, after hearing of Smith’s demise in a vehicular accident in St Catherine.

Jarrett, who was quite emotional when he spoke to The Gleaner, said the swiftness of what he described as justice for Taneka Gardner gave him solace and a sense of relief.

“A just God work. God is able, God is good, and I know seh Him would serve justice swift, because Taneka believe inna God, and she neva go church fi go fi be a part a no cult, or serve no His Excellency,” said Jarrett, referencing Smith’s self-imposed title.

But Jarrett said that he was still struggling to believe that Smith was dead, saying he would not be totally convinced until he watched the night-time news.

Sharon Parkins, whose son Michael Brown was also a victim of the reported sacrificial ritual, said Smith perished too easily, as she is still trying to come to grips with her son’s death.

“Him dead too quick, because a him kill mi son, so a him did fi bury him, and see it deh now, him dead and gone an lef’ all the expenses pon poor mi,” she said.

Like Jarrett, Parkins believes Smith’s death is God’s way of giving her justice against a man who claimed he had outsize power but could not save himself.

Another church member who reportedly narrowly missed being sacrificed at the ritual said she was still in awe at how the October 17 ceremony and successive events had played out.

Kevon Plummer, who was shot dead by the police as they breached the church building, was identified by the unnamed woman as having attacked her that night.

“Pastor him only live out nine day. See it deh now, him gone, too,” she said.

“Pastor always tell we that him can bring back people to life, so mi want fi see how long him gwine tek fi come back to life yah now,” the woman added.