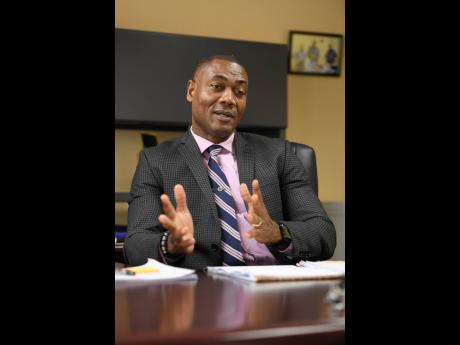 The National Water Commission (NWC) will soon be approaching its regulator, the Office of Utilities Regulation (OUR), with a request for a punitive water rate for periods of drought in a bid to drive conservation. NWC President Mark Barnett...

The National Water Commission (NWC) will soon be approaching its regulator, the Office of Utilities Regulation (OUR), with a request for a punitive water rate for periods of drought in a bid to drive conservation.

NWC President Mark Barnett revealed that in times of drought, the utility company sees “very little change in terms of consumption”, causing a drag on resources, including greater requests for trucking of the commodity.

Almost annually, the NWC implements a prohibition order as part of its drought-management strategy to prevent the waste or excessive use of potable water for non-essential purposes.

Among the offences that are punishable by a fine or 30-day imprisonment imposed by the parish courts are the watering of gardens and lawns, refilling of tanks for use other than normal domestic services, refilling of swimming pools, washing of vehicles with a hose, and washing roads and pavements.

“In our rate structure as a utility, should it not be one wherein at the time of drought, where persons consume beyond a certain quantum, the rate becomes so punitive that it is a discouraging cost so that persons may be forced to conserve and keep consumption within a particular level,” Barnett said in a Gleaner Editors’ Forum on Wednesday.

Barnett explained that it could take the format of a rate that kicks in once the Meteorological Service of Jamaica declares that there is a drought.

That rate would be higher at a certain consumption band than what exists in non-drought periods.

“Oftentimes during a drought period, the demands are higher as the temperature is higher and people are likely to use more water during such times. It’s really to determine what would be a justifiable rate and a rate structure during such a period, knowing very well that we are going to have droughts for years to come and probably more frequent droughts,” Barnett added.

He said the NWC is in the process of engaging their consultants to undertake the preparatory work, which includes a cost-of-service study assessment.

The NWC is also preparing for a rate application to the OUR.

“It sounds like a plan,” remarked rapporteur and former managing director of the Water Resources Authority, Basil Fernandez.

However, he said that it would be difficult to tell customers that they could not be supplied with water or face higher rates with increased consumption.

Drought conditions often affect water supply in some parishes, resulting in lower water pressure or no water in the areas that are worst impacted.

“It is up to the utility to provide water, and it’s also up to the utility to ensure that people have adequate water to meet their demand. I understand the point Mr Barnett is making, but I don’t like to call it a punitive rate. I think it’s a rate that may urge you to conserve water resources,” Fernandez explained.