Lawyer: Tell us where Smith’s body is 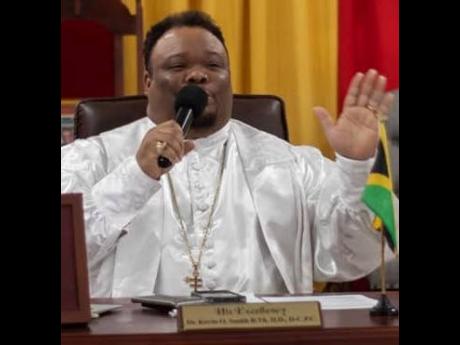 Valerie Neita-Robertson, the attorney-at-law representing the estate of controversial pastor Kevin O. Smith, says she and his family have not been told where his body is being held.

The lawyer told The Gleaner on Wednesday that the police and Office of the Director of Public Prosecutions (ODPP) have not been forthcoming with any information concerning her now-deceased client.

“They don’t know where the body is ... . Not a word has been said to me. Nothing, nothing, nothing, and the family wants their own pathologist to be present,” said Neita-Robertson, adding that no identification has taken place as a result.

Smith, 39, died from crash-related injuries while being transported by the police from Montego Bay to Kingston. Twenty-six-year-old Constable Orlando Irons, of the Fugitive Apprehension Team, also died in the crash.

Neita-Robertson said she has written to DPP Paula Llewellyn requesting the relevant information.

On Tuesday, Llewellyn told The Gleaner that Smith was convicted of one count of sexual assault of a 21-year-old man in Canada on November 5, 2007.

In a letter to Llewellyn on Wednesday, a copy of which The Gleaner has seen, Neita-Robertson requested that she be provided with documents supporting the DPP’s statement on Smith’s conviction.

“My concern is that the man is dead and [the DPP] is talking about a conviction that the man cannot instruct me on whether it’s true or not. How do I know that what she has is true?” asked the Queen’s Counsel.

“Which Kevin Smith them have? What them have to show that it’s the same man? And in any event, what relevance is it now? The man is dead and you still trying to nasty him up?” the attorney charged.

The crash occurred on Church Road in the vicinity of the Linstead Bypass in St Catherine. He was expected to be charged by the Major Investigation Division with murder and conspiracy to commit murder.

The pastor was arrested two Sundays ago after an alleged ritual on the compound of his Pathways International Kingdom Restoration Ministries in Paradise, Montego Bay, St James.

Two people, Taneka Gardener and Michael Brown, were killed during the ceremony.

On Wednesday, Deputy Commissioner of Police Fitz Bailey told The Gleaner that the dead church leader was posthumously charged.

He said that this was done to bring closure to the case.

“So the record will show that even though the person was dead, the person was responsible for the murder or for whatever offence it was. It’s just as we have in our statistics, cleared by death posthumously or cleared by arrest,” said Bailey.