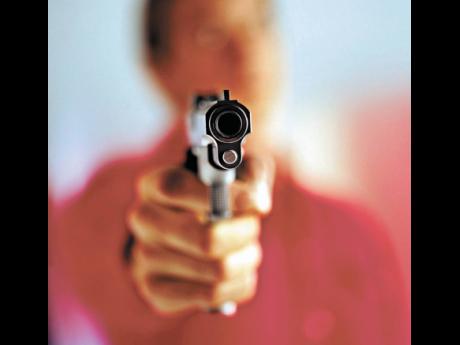 The police have reopened the investigation into the 2014 murder of Montego Bay gangster Michael Heron, who sought counsel from the late controversial preacher Kevin O. Smith and was killed shortly after in the same manner predicted by the self-...

The police have reopened the investigation into the 2014 murder of Montego Bay gangster Michael Heron, who sought counsel from the late controversial preacher Kevin O. Smith and was killed shortly after in the same manner predicted by the self-acclaimed crown bishop.

Heron, otherwise known as Pele, came to national attention in February 2012 after he was freed – along with Eldon Calvert, the feared leader of the Stone Crusher gang, and his brother, music band operator Gleason Calvert – of the 2006 murder of cookshop operator Robert Green of Mount Salem, St James, after it was revealed that the investigating officer, Detective Sergeant Michael Sirjue, had fabricated the evidence.

The prosecution was relying on the statement of Artley Campbell to prove its case against the three men, but he was shot and killed on November 13, 2006.

Heron visited the Pathways International Kingdom Restoration Ministries weeks before his body was found on December 12, 2014 with bullets to the head, just as Smith reportedly prophesied.

The Sunday Gleaner understands that investigators are now following leads that suggest that Smith, who was fond of grand titles and styled himself as ‘His Excellency’, might have played a role in Heron’s death.

Smith died in a traffic crash two weeks ago while he was being transported to Kingston from St James to face murder and firearm-related charges after presiding over a deadly ritual at his Montego Bay-based church on October 17.

Andre Ruddock, one of the pastor’s bodyguards, is also facing murder charges arising from the incident.

Smith’s death came as a shock to his followers, who saw his troubles as a sign that he was sent from God, as the pastor had said that he could face persecution for his unrelenting stance against COVID-19 vaccines, although he also said that he would have prevailed.

“What happened was not supposed to happen. We were a church and are good people. Now, people are afraid and even changing their numbers,” said a popular educator, who has been a member of the church since 2016.

“We never saw this from the leader,” she insisted, seemingly reluctant to mention Smith by name. “His prophecies would come true, and people testified of their miraculous healing … .”

The woman told The Sunday Gleaner that she was uncertain as to the future of the ministry, but indicated that she has no plan to continue with the group.

“The leader is dead,” she said when asked who would succeed the deceased shepherd.

A woman watching over the removal of furniture from the church’s building after a fire last week gave a similar response.

“I cannot say when service will resume and I don’t understand your question about a successor. The leader is dead,” she said dismissively.

The St James Public Health Department last week indicated that it intends to serve a caveat on the owner of the property to recover the operational cost for an urgent multi-agency cleaning exercise at the bloodied church.

Despite all that has transpired, Garth, a popular media personality in Montego Bay, who claimed that he received healing from Smith and that the church leader saw to his success in a court battle, is still convinced of Smith’s powers.

“They need to leave the man’s name now,” Garth said, when contacted on Friday. “Everyone was going to His Excellency – from big dancehall artistes, scammers, rich man, poor man and the worst in society.

“I was staring down the barrel of a gun in my court case ... . After six sessions with him, I won the case,” he said. “Only US$350 for each session and I was in a healthy state of mind and happy again … . That is what you call church.”