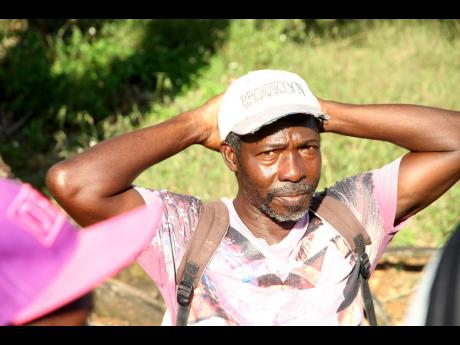 Nathaniel Stewart/Photographer
George Smith is still in shock at the death of his colleague and friend, Roydel ‘Tay’ Senior, who worked as a groundsman at Clarendon College. Roydel was killed outside the caretaker’s cottage on the school compound Sunday night. 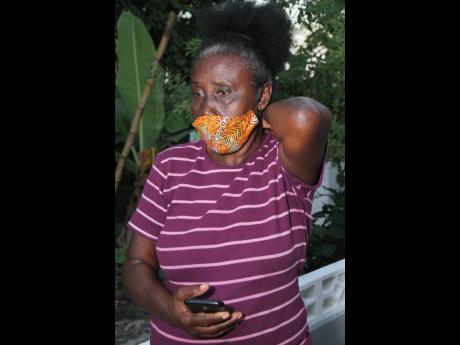 Nathaniel Stewart/Photographer
Beautie McDonald in a daze as she tries to come to grips with the murder of her son, Roydel ‘Tay’ Senior, who worked as a groundsman at Clarendon College.
1
2

Security concerns are mounting among staff at Clarendon College in Chapelton after the school’s groundsman was killed on the compound Sunday night.

The victim, 37-year-old Roydel Senior, also known as ‘Tay’, was reportedly gunned down sometime before 11 p.m.

Reports from the Chapelton police are that about 10:50 p.m., residents heard explosions and alerted them.

Senior was seen lying on the ground with gunshot wounds. He was taken to hospital where he was pronounced dead.

The bloodstained roadway outside the caretaker’s residence bore testament to the fatal attack. The school’s principal, David Wilson, said despite the grounds being accessible to the public, the staff felt fairly safe, citing Chapelton as a family community.

He added that the school family has been left saddened and traumatised by Senior’s murder.

“We have lost a good man in this young person. There are also expressions of anger because we don’t know that he is the kind of person to hurt anyone that anyone would seek to harm him, much less kill him,” Wilson told The Gleaner on Monday.

“We’re not safe. We’re just not safe, ‘cause if this happen, anything else could happen. It could be any one of us,” she lamented.

Senior’s mother, Beautie McDonald, who spoke with The Gleaner on Monday afternoon, shared that she had not eaten since learning of her son’s murder. She said she had a special bond with Senior, the second of her three sons.

McDonald, who lives in Beckford Kraal, said she hurried to Chapelton late on Sunday, as she could not fathom the news that her son was killed.

“When me go out deh, me go see me son lay down like dog. Them turn him over and me look pan him ... . Him face mash up. Me cyaa believe a mi pickney,” she told The Gleaner.

The mother said she is confident that her son’s killer or killers will be brought to justice.

She said Senior’s two sons, ages seven and 11, are traumatised by their father’s death.

As at November 20, ninety-three people were killed in the parish. The figure is 8.1 per cent, or seven, more compared to January 1 to November 22 last year.