Workers sue to head off disciplinary action by Cari-Med 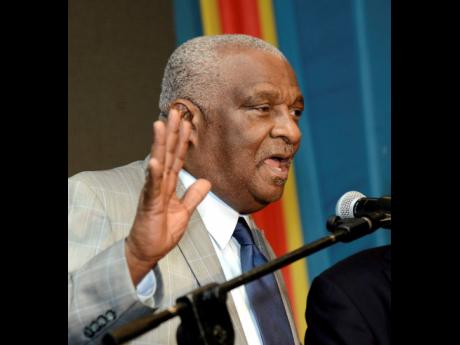 File
Glen Christian, chairman of Cari-Med, had said earlier this month that his company would not be backtracking on its vaccination policy.

Two claimants who filed a lawsuit against their employers, Cari-Med Group and its subsidiary Kirk-FP Limited, complaining that the COVID-19 policy breached their constitutional rights, want the Supreme Court to grant an injunction blocking the...

Two claimants who filed a lawsuit against their employers, Cari-Med Group and its subsidiary Kirk-FP Limited, complaining that the COVID-19 policy breached their constitutional rights, want the Supreme Court to grant an injunction blocking the company from instituting disciplinary hearings against them before the matter is heard in court.

Another three workers are involved in the lawsuit against Cari-Med Group.

In court documents filed by Kadian Parkins and Tashana Davis last week, the employees claimed that the company invited them to disciplinary hearings on November 18 regarding alleged comments they made about the entity’s vaccination policy.

The disciplinary hearings were also organised to discuss statements made by the claimants in support of their application for an injunction restraining the enforcement of the company’s vaccine policy.

In her affidavit, Parkins said that the disciplinary proceedings threatened to subject her and Davis to adverse consequences for alleged comments made about vaccination and the policy, and specifically for evidence given to the court in response to allegations made by the company.

The workers also expressed concern that they might not get a fair hearing.

“If disciplinary proceedings are allowed to continue, it may render an injunction against enforcement of the policy nugatory, or in the interim unjustly restrict the claimants from providing evidence to the court in support of their case,” read the affidavit filed by Parkings.

She appealed to the court to intervene urgently “in order to prevent our employer from punishing us, potentially with dismissal, in respect of statements made about subjects related to the challenged policy and evidence given in this claim while the application and claim await full hearing and a decision”.

The Gleaner understands that the Supreme Court started hearing the matter last Wednesday and the disputing parties are to again appear before the court this Friday.

Unlikely to receive a fair hearing

In a letter to Marva Soares-Bucknor, the senior human resources manager of Kirk-FP, attorney-at-law representing the claimants, Y.M. Fitz-Henley, requested a delay of the disciplinary hearing until the court made a decision on his clients’ application.

He also indicated that his clients were unlikely to receive a fair hearing based on the persons the company placed on the disciplinary panel. He said that only one of the panellists was named and the others would have been hand-picked by the company.

The Gleaner obtained a copy of a letter that Soares-Bucknor wrote to Parkins on November 12, captioned ‘Disciplinary Hearing – Alleged Breaches of Code of Discipline’.

Parkins was invited to a virtual disciplinary hearing set for November 18 to answer to charges of ‘engaging in sabotage/inciting employees to disorder’ and ‘unauthorised disclosure of company information’.

Soares-Bucknor also claimed that Parkins and Davis breached their employment contracts when they disclosed in an affidavit filed in the Supreme Court confidential information related to the company’s financial performance without authorisation. They were also accused by the company of disclosing the name of a client and correspondence sent by the client.

In their original affidavits filed in the Supreme Court, five employees of Car-Med claimed that the company’s policy threatened their constitutional rights to life, liberty, and security of the person, among others.

It requires all employees to provide proof of COVID-19 vaccination or present a negative PCR test twice per month at their own expense to be admitted at work.