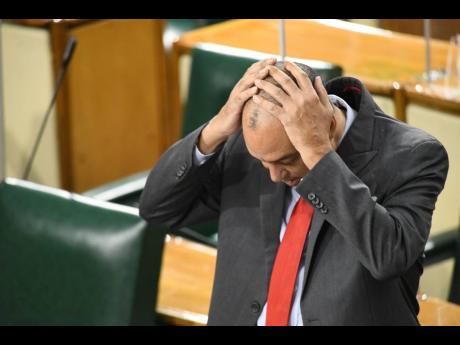 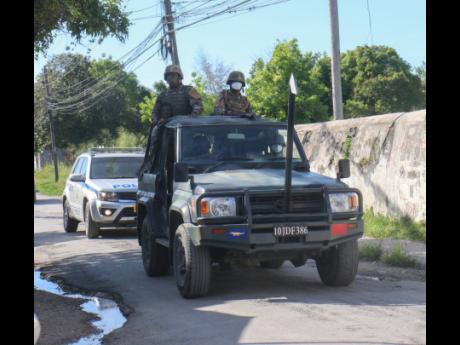 Ashley Anguin/Photographer
Members of the security forces patrol Ricketts Street in Savanna-la-Mar, Westmoreland, as part of operations under the state of emergency in the police division. The measure, which was also imposed in six other police divisions last week, failed to get the support of the Opposition in the Senate yesterday for an extension.
1
2

Jamaica is now on a “knife-edge”, according to Senate President Tom Tavares-Finson, following a legislative deadlock in the House of Representatives late last night, effectively putting a halt to the seven-police division states of emergency (SOEs) the Government was seeking to extend for another three months.

After an entire day of debates, the results of the vote came at 8:42 p.m. with 13 senators backing the extension, three voting against and five absences, with a disappointed government Senator Matthew Samuda expressing disgust at the unwillingness of the Opposition to yield to any of its impassioned and spirited entreaties, in light of the horrific murders with which the country is grappling.

Immediately after Tavares-Finson read the results, a dejected Leader of Government Business Kamina Johnson Smith rose to register her disappointment.

It was evident from the start of the debate that the senators were strongly divided along party lines, with Leader of Opposition Business Peter Bunting directing a quote to government Senator Kavan Gayle after an animated presentation, which effectively summed up the collective presentations of the Government.

He told Gayle, “You have been doing a lot of yelling.”

Yesterday, the PSOJ declared its support for the use of the SOEs as an interim measure to drive down the country’s high homicide rate.

In a media release, it noted that over the last two decades, the country has not approached violent crime prevention and reduction in a comprehensive and holistic manner, putting the burden of crime fighting on the police force “to clean up where society and good governance have not delivered”.

The release added: “The only way to reduce violent crime in a sustainable manner is through a holistic plan of education, social transformation, reformation of the JCF (Jamaica Constabulary Force), justice and penal reform.”

The PSOJ called for a comprehensive update of a number of pieces of legislation, including the Firearms Act and the Bail Act, as well as the Road Traffic Act and amendments to the Dangerous Drugs and Corrections acts.