‘We need the SOE’ 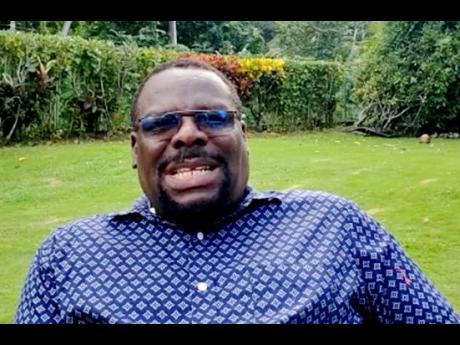 Contributed
Westmoreland’s Custos Hartley Perrin believes the states of emergency should have been allowed to continue for a longer period than the 14 days. 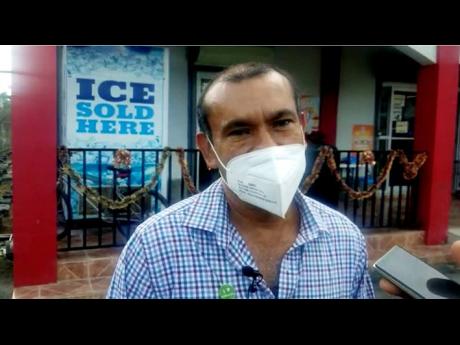 Photo by Adrian Frater
Westmoreland Chamber of Commerce President Moses Chybar is disappointed with the expiration of the states of emergency.
1
2

While the opposition People’s National Party (PNP) is against the continued use of the states of emergency (SOEs) as a crime-fighting tool, some key figures in Westmoreland, which Prime Minister Andrew Holness has dubbed the epicentre of the national crime wave, are disappointed with the expiration of the measure imposed two weeks ago.

Yesterday, the initial 14-day SOEs implemented in Westmoreland and six other police divisions across the island on November 14 elapsed after the Opposition failed to throw its support behind the Government’s push for a three-month extension in the Senate last Thursday.

Superintendent Robert Gordon, the police commander for Westmoreland, is disappointed with the expiration as he believed the SOE would have significantly helped to rein in the feuding gangsters aligned to the Dalling Street and Dexter Street gangs, who have been churning out murders with alarming regularity.

Other cops in the division have also voiced their regret that they would no longer be able to bank on the measure to create the platform needed to collar gangsters.

“While the SOE has taken on a political overtone, we are not concerned about the politics of it,” a police officer, who asked not to be named, told The Sunday Gleaner. “We believe the SOE was our best hope to stem the lawlessness as it would have given us more boots on the ground and the extra resources needed to confront and take down the gangsters.”

Similarly to the police officers, Westmoreland Custos Hartley Perrin thinks it was a huge mistake to end the security measure without first getting a handle on crime in the parish, where at least 10 persons have been killed in the last two weeks.

“I am very disappointed that it has come to such an abrupt end without fulfilling its objectives in terms of reducing the crime and violence that is overwhelming the parish of Westmoreland,” said Perrin. “When I speak to the police, in recent times, apart from asking me to make it known that they need some more money, they have also said they need more resources in terms of manpower, … that they are tired, and it means that soldiers can come to complement and to offer help to them at this time.”

With the Christmas season fast approaching, Perrin believes the SOE represented a golden opportunity to bring calm to the parish.

“Especially now that we are approaching the Christmas season when the business people want to feel secure in their business, when persons want to feel free so that they can go and do their shopping and enjoy their holiday. I don’t think that this is the time when we should ease off the accelerator; this is the time we should be stepping on the accelerator to move forward,” said Perrin.

“It is unfortunate. The Opposition – their view I respect and I share some of the views – but my contention is that this is war. The criminals are bringing war. They are killing policemen, they are killing young people and everybody, and everybody understands that if there is war, there is the need for soldiers because soldiers are trained to fight wars,” he said.

SOE would have helped

Businessman Moses Chybar, president of the Westmoreland Chamber of Commerce, said that based on past experience, he has reason to believe it would have been much more effective if it had been allowed to stay in place for a longer time.

“When the SOE is around, violent crime goes down. We have seen that before … . All the stats are showing that quite clearly, so it is unfortunate that we are not gonna have the SOE now,” said Chybar. “I believe it would have helped in bringing down the numbers (murders) that we are seeing now, moving into the festive season, which people refer to as the crazy season also. The SOE would have helped to keep things under control.”

However, Chybar seems to support the PNP’s position that the SOE by itself cannot address the crime situation, for which western Jamaica is the national epicentre.

“In the same breath, I must say that the SOE by itself cannot be a standalone solution; it is just a bandage solution. Other things are needed and this is something we have been saying for a long time. Overall, we just don’t have enough security personnel here, even without the crime situation,” he said.

Chybar is also wary of the other social issues plaguing the parish, which he believes also require urgent attention.

“Solving crime is not the first step; prevention of crime is,” he told The Sunday Gleaner. With more police and more security forces in place, we would have done a better job because then we would be able to see things that are happening and would have been able to do something about it, in more instances before things happen. We also need social intervention in much bigger ways.”

Over recent years, Westmoreland has become a hotbed of criminality with lottery scamming and its attendant violence spilling over from St James. Also, the steady emergence of criminal gangs has resulted in bitter turf wars as well-armed gangsters seek to gain a stranglehold on the spoils of criminal activities.

Since the start of the year, Westmoreland has recorded at least 114 murders.