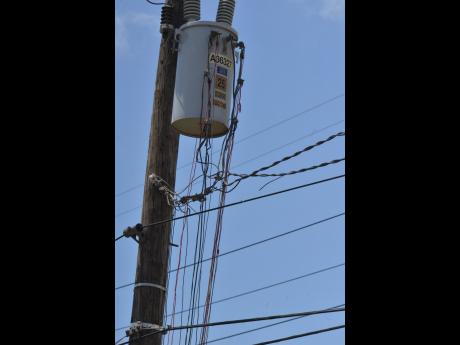 The privatisation of electrical inspection services previously offered by the Government Electrical Inspectorate (GEI) has led to a meteoric rise in costs for customers seeking to become registered on the grid which could threaten the push for migration of power thieves into the formal sector.

The hike has sparked a call from monopoly power distributor, the Jamaica Public Service Company (JPS), that rates be regulated by the State.

The JPS indicated in a press statement Sunday that it was “shocked” at the spike in costs for mandatory inspection and certification of properties to upwards of $25,000.

Director of engineering services at the JPS, Ricardo Case, told The Gleaner that customers previously paid a fee at the tax office for inspection, which would be followed up by a visit by a GEI officer. Certification would give approval for connection to the JPS grid.

However, Case said that, since November 1, the electrician wiring the building has to complete a report that is submitted to a platform managed by the Government Electrical Regulator, the successor of the GEI. A job completion certificate is produced and the responsibility falls on the customer to solicit an inspector.

“That is not regulated right now, so the inspectors are free to charge what they feel is needed for the job,” said Case.

Marilyn McDonald, community renewal manager at the JPS, revealed that inspection costs, which previously stood at a nominal rate of $1,000 or less for low-income households, have now skyrocketed.

The spike could cause installation and certification fees for a two-room home to balloon cumulatively to $120,000.

In Sunday’s press statement, Ramsay McDonald, JPS’s senior vice-president of customer services, said the new inspection and certification fees “are a real deterrent to persons who want to legally connect to the grid”.

Illegal abstraction of electricity costs the JPS US$220 million annually.

McDonald wants the Government to expand the pool of licensed electricians and inspectors who are involved in the certification process.

In response to queries made by this newspaper, Minister of Science, Energy and Technology Daryl Vaz said his ministry was aware of the concerns during the transition.

“My advice to consumers is to shop around to make sure you are not subject to gouging. The ministry will monitor and intervene if necessary,” Vaz told The Gleaner on Sunday.

Vaz revealed that the ministry is also moving to increase the number of private inspectors.

The ministry revealed that the last time fees were increased was in 1991. At that time, fees charged included $127 to inspect a simple dwelling; less than $17,000 to inspect a midsize factory; and less than $23,000 for a 20-unit apartment.

Vaz said that, in the past, the Government subsidised the cost of the inspection and carried the risks involved in the event of faulty electrical work that was passed by the government inspectors.

Under the new regime, private inspectors are required by law to have liability insurance. Thus, the fees are reflective of the economic cost of carrying out inspections.

Although acknowledging that consultation took place with the operationalisation of the new regime, Ramsay McDonald said that at no point were costs of privatised services discussed.

Julian Robinson, a former state minister in the energy ministry, said that astronomical inspection and certification fees did not make sense.

“We have a big challenge with electricity theft in Jamaica and so you want to make it as affordable as possible for persons who want to formalise themselves,” he said.

“I think that, even in privatisation, the Government must maintain some kind of oversight over this, given that the consumer doesn’t have a choice.”