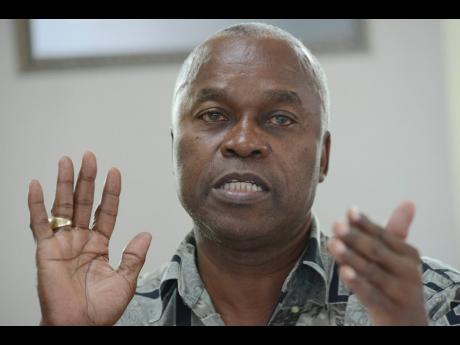 Senior defence lawyer Bert Samuels has challenged Prime Minister Andrew Holness’ position on how sentences for illegal possession of firearms should be handled, cautioning that the judiciary ought to be free from the influence of the executive and...

Senior defence lawyer Bert Samuels has challenged Prime Minister Andrew Holness’ position on how sentences for illegal possession of firearms should be handled, cautioning that the judiciary ought to be free from the influence of the executive and legislative arms of Government.

The warning comes hours after the Jamaica Labour Party (JLP) leader floated the idea – adding moments later the caveat that he spoke hyperbolically – that gun possession offenders should be sent to the gallows in a bid to stem the country’s runaway murder rate.

But apart from dubbing as “barbaric” the prime minister’s advocacy for the death penalty for a non-capital offence, Samuels called Holness’ comments at the JLP’s 78th annual conference on Sunday an unfortunate trespass on the judiciary.

“We have cherished the separation of powers, which means that the judiciary should not be directed, influenced, or their role taken over by members of the executive or the legislature,” Samuels said in a Gleaner interview on Monday.

Holness had indicated that unlicensed guns were at the centre of the country’s crime problem, stressing that the harshest punishment should be meted out to those found guilty.

A 2020 report by the United Nations on firearms trafficking conducted between 2016 and 2017 revealed that 1,511 illegal guns were taken off the nation’s street.

The report said 669 were seized during illicit use.

The prime minister said no plea bargains should be struck for those found guilty unless the information was forthcoming to go after others responsible.

Samuels said that those matters should be discussed in the Houses of Parliament and not on a political platform.

Plea bargains were implemented to allow for faster processing of cases, upon confession, to ease court backlogs, thus obviating the likelihood of years-long prosecutions and the risk of acquittals.

Holness’ comment, Samuels said, did not take into consideration the planting of guns on suspects by corrupt security forces.

Samuels cited the case involving St Andrew labourer David Clarke, who was awarded $6 million against the Government for false arrest and prosecution in 2017.

Clarke was arrested in September 2011 in connection with the seizure of an M16 magazine with 20 rounds of ammunition in Riverton City, St Andrew.

Samuels, who was Clarke’s attorney, argued that there were inconsistencies in the testimonies of a soldier and the police.

A soldier had said in a statement that the magazine with ammunition was found in bushes.

Samuels said that the policemen remain on the job to date.

“The penalty for anyone planting a firearm with the intention of getting an individual convicted for illegal possession of a firearm that the penalty for that planting should act as a deterrent. Therefore, it should be seriously and thoroughly investigated when there is an acquittal where it is obvious that there was a planting,” said Samuels.

Peter Champagnie, QC, proposed that a new Firearms Act should mandate DNA and fingerprint testing of accused detained for illegal possession of firearm.

“Such a provision would undoubtedly elevate the quality of evidence in a court beyond the mere say-so of a police officer claiming that he took the firearm from the waistband of an accused. Equally, too, such a provision would vindicate an accused person who is in vehement denial that he was in actual possession of the illegal firearm,” said the attorney.

However, he backed the prime minister, noting that he was “spot on” in his direction on unlicensed firearms.

He said that Holness’ hyperbolic comment was demonstrative of the need for drastic reform to the Firearms Act, which has no specific provision distinguishing illegal possession of more than one weapon as firearm dealing.

Currently, said Champagnie, a person indicted on more than one count of illegal possession of a firearm may be sentenced on each illegal count. Such a sentence, he said, is normally concurrent, not consecutive.

He said also that the act does not have a comprehensive provision for the illegal importation of firearms.

“In respect of those found guilty of dealing in and illegal importation of firearms, there should be a mandatory minimum term of imprisonment of 15 years,” he said.

The attorney also called for provisions to be made to allow for law-abiding citizens to have easier access to firearm user licences.

“Arguably, it is far easier to obtain a visa than to obtain a firearm user licence,” he said.