Burn unit in the works 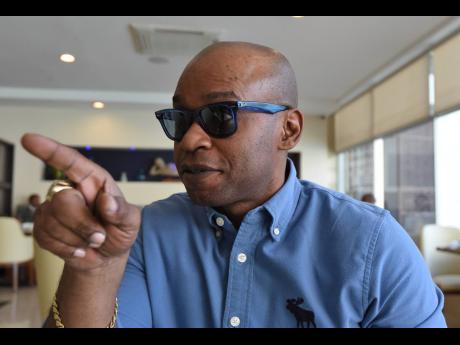 Ian Allen./Photographer
Philanthropist Dr Craig Brown is bullish about plans for a burn unit in Jamaica.

Jamaica’s public-health system may open doors to its only burn unit by 2023, closing a yawning deficit in burn wound care that is too costly for most patients. The upshot of the game-changing investment will offer a lifeline to hundreds of...

Jamaica’s public-health system may open doors to its only burn unit by 2023, closing a yawning deficit in burn wound care that is too costly for most patients.

The upshot of the game-changing investment will offer a lifeline to hundreds of Jamaicans who suffer first- to fourth-degree burns that force them to seek pricey, private healthcare at North American hospitals or face the crude prospect of death.

According to reliable Gleaner sources, J$100 million will be pumped into the 10-bed burn unit at the state-owned St Joseph’s Hospital, which will operate as part of Kingston Public Hospital’s (KPH) surgical department and serve as the main adult referral burn facility in the southeast region.

That initial investment, which will be financed by the Government and private donors spearheaded by the Dr Craig Brown-led Zion Care International, will require millions of dollars more to sustain heavy operational overheads covering supplies and salaries for specialist staff.

The facility will have an operating theatre suite and two intensive care unit beds.

Those engagements will cover staff training, Brown told The Gleaner in an exclusive interview.

Two rolls of skin substitute cost around J$130,000 to cover about eight per cent surface area and may need to be changed every 48 hours until healing or definite skin grafting is achieved. That expense is out of the reach of the majority of Jamaicans.

The recent deaths of fire victims Kerry Ann Collins, who suffered third-degree burns in a freak kitchen explosion, and Nicola Clarke, who was allegedly set ablaze by her jealous partner, put renewed scrutiny on the absence of a burn unit in Jamaica.

“Despite its efforts, KPH does not have the capability of dealing with burns, say, over 30-40 per cent. So what I have said to them is that ‘I’m interested in helping you to get to a point where you can accommodate some burn’,” Brown, a Jamaican living in the US, said.

“You can treat some burns, so what we’re going to start off with is providing them with 10 beds and some equipment that they could use, because, right now, they’re using a regular ward for burns, which you cannot do, because people who are burned are susceptible to infection, and people on an open ward, that’s an infection nightmare happening there.”

Zion Care International has previously partnered with KPH in establishing a cardiac rehabilitation centre and donated well-needed equipment. The latest outreach is part of its mandate to extend healthcare through partnerships and funding.

Whylie told The Gleaner that KPH welcomes the assistance being offered to expand its offerings to patients who have been severely burnt.

“Burn injury is a type of trauma and it can potentially be a major public-health problem. Affected patients may require repeated surgical intervention and rehabilitation for many years, which result in physical and psychological scarring and also may require long-term counselling. The injuries can be associated with the highest financial burden of trauma-related patients,” she said.

Both Whylie and Brown declined to confirm the cost of the burn unit.

“We are very very happy for the collaboration. We are thankful for the ongoing commitment of Zion Care, Bishop Dr Craig Brown, and the stakeholders there, and the interest that they have,” Whylie said.