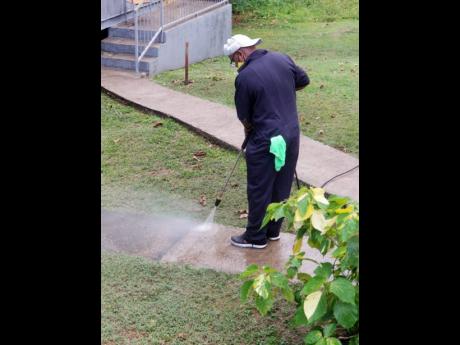 Contributed
The COVID-19 pandemic has had a huge toll on Delroy Dyah, owner of Micro-Bio de Limpio D&D Cleaning Service. 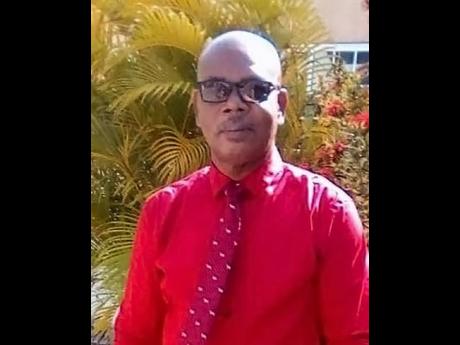 Even if businessman Delroy Dyah had a crystal ball, he could not have forecast the myriad of hardships that overtook him since the onset of COVID-19 in March 2020. But failure was never an outcome that Dyah was prepared to accept, as he drew on...

Even if businessman Delroy Dyah had a crystal ball, he could not have forecast the myriad of hardships that overtook him since the onset of COVID-19 in March 2020.

But failure was never an outcome that Dyah was prepared to accept, as he drew on every ounce of resilience he was able to garner and weathered the storm.

Dyah, 65, the owner of Micro-Bio de Limpio D&D Cleaning Service, a small business located at Lot 31, – 1 Fern Grove, Ocho Rios, St Ann, recounted the string of adversities that beset his company, plunging it into debt and near closure.

Established in 2017, the business provides a range of cleaning services for at least two major hotels and other small entities.

The business was doing well, according to Dyah, who explained that he was able to secure contracts with two hotels, having worked in the industry, where he was charged with the responsibility of ensuring that the bars and restaurants were in immaculate condition.

With little or no financial resources to get his business off to a good start, Dyah said he had used a credit card he received from a bank to purchase some of the necessary equipment to carry out cleaning activities.

Like most players in the tourism industry, the hotels that offered cleaning contracts to Dyah were forced to close their doors after the country’s borders were closed and tourists returned home in the early months of the pandemic.

The businessman told The Gleaner that he managed to pay his credit card bills four months after business activity waned and eventually came to a halt.

For Dyah, the inability to service his monthly credit card payment was the beginning of a stressful period in his life that could have taken a massive toll on him if he did not have family who provided emotional and, sometimes, financial support.

Before he lost his business contracts owing to hotel closures in the heights of the pandemic, Dyah’s statement balance on his credit was $160,000.

The businessman had to cut four staff members, leaving himself and his son to run the entity.

However, the business was unable to generate funds and the statement balance on the credit card started to spike with the high interest rate associated with it.

Nine months later, the statement balance skyrocketed to nearly $1 million. Registered mail from the institution was the straw that broke the camel’s back. Dyah had been given seven days to settle his liability with the bank.

“Every time that the bank calls me, I feel nervous. It’s like a total disaster. It hit hard in a way that is only God carry me through,” he said.

Dyah also thanked good friends, who succoured him at a time when he was at his wits’ end.

During his trying times, Dyah reached out to console a colleague businessman who was under severe stress, as his business also was in deep trouble. Not being able to see a light at the end of the tunnel, the businessman reportedly told Dyah that life was no longer worth living.

“A friend called me one morning and he told me, ‘Dyah, I don’t think I can really make it,’ and I say, ‘Listen, let’s just stick in there and fight,’” said Dyah.

“He told me the morning that where he is at ... he had his licensed firearm in his hand and I say, ‘Look, man, don’t do anything stupid, man.’ I said, ‘Just put your firearm away and just look at it like a pen or a pencil, and we are going to pray.’”

Dyah said he convinced his friend to choose life, and he took his advice. Both Dyah and his colleague got jobs as security officers and are now able to earn an income.

Having worked out an arrangement with the bank, Dyah told The Gleaner that he is now paying $30,000 per month to clear the arrears.

A glimmer of hope has in recent times shone on Dyah, who has received a small contract to carry out cleaning works. He is also engaged in a radio programme on Mello FM, where he provides advice on how to use and handle chemicals.

He is also contemplating taking up the business of selling chemical products, starting early next year.

The Companies Office of Jamaica (COJ) is reporting the registration of nearly 24,000 businesses for 2020 and 2021. In terms of incorporation of companies, the number for the similar period is 6,822.

Valerie Veira, chief executive officer of the Jamaica Business Development Corporation (JBDC), told The Gleaner that when the pandemic sent jitters across the business sector, her organisation helped to calm panicking clients.

“We move from panic to passion, and people are again getting excited about the possibilities for doing business,” said Veira.

The JBDC boss said that her organisation conducted more than 100 virtual workshops, with about three webinars weekly, as they helped to guide clients who became “nervous and concerned” that their businesses would suffer immensely from the impact of COVID-19.

“We spent a lot of time cleaning up house and remodelling the house, so that there is some resilience. We try to make people fall in love with their business again,” Veira said.

No matter how micro the business is, the JBDC executive said that these entities have to be planned, and programmed to be resilient to the shocks.

Veira said that the doors of the JBDC were never closed during the pandemic ,but the organisation strengthened its technological systems to be able to assist clients.

In terms of its key achievements for 2020-2021, the JBDC said the number of clients who benefited from counselling and consultation for technical and business-related services grew by 65 per cent, which translates to 10,208 clients.