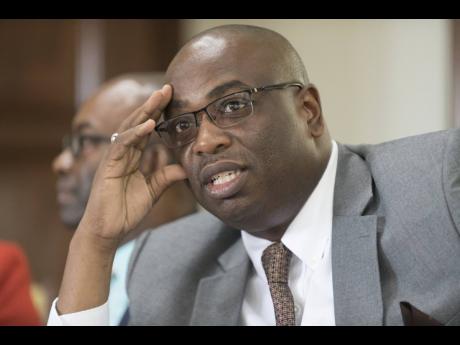 Dr Garth Anderson, dean of the Teachers Colleges of Jamaica, is warning that the Government could be going down a slippery slope in its approach to the current Jamaica Teaching Council Bill, which is before Parliament, by not sufficiently engaging the nation’s educators in the drafting of the proposed legislation.

The bill is seeking to establish a professional body for the teaching profession and to institute a regime for the licensing and registration of all government-paid teachers. The council, through the bill, will also have the powers to immediately suspend or cancel the registration of any teacher charged with a disqualifiable offence, inclusive of sexual offences, murder, pornography, robbery, and fraud.

However, Anderson is contending that bill as proposed could be robbing teachers of a voice on matters affecting their profession.

He argued that the lopsided approach towards the setting up of the professional body to regulate teachers is unfair to educators.

“I am still not satisfied that teachers are going to be the ones to make judgments about teachers. There are other persons from other professions who will be sitting on this council,” Anderson told The Gleaner.

Anderson further noted that while the policymakers are seeking to raise the standards in the teaching profession, the trajectory as outlined in the draft bill will not help.

“We may want to raise the teaching profession, but we may end up dumbing it down because if the other professional bodies are the ones who make a professional judgment about their colleagues, why is it teachers are not given that same privilege?” questioned Anderson.

“It seems to me that this is seeking, in one sense, a dumbing down of the teaching profession and others who really don’t know much about teaching wanting to make a professional judgment about teachers,” Anderson contended.

“I rebuff that, the government pays nurses, they pay doctors, yet they are the ones who regulate themselves; register and do everything else. I am not seeing the difference here,” said Anderson.

Last Sunday, Prime Minister Andrew Holness said that the Government would be spearheading a parliamentary debate on the Jamaica Teaching Council Bill as part of measures to restore the image of the education sector.