Nurses to decide next move in wage talks today 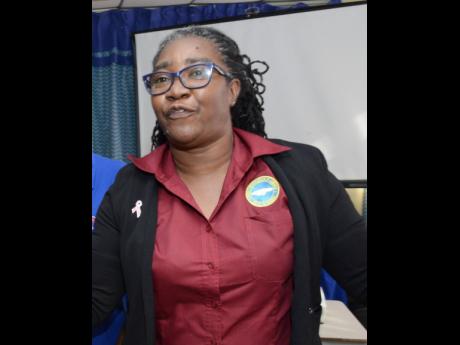 The Nurses Association of Jamaica (NAJ) is expected to announce its next move in regard to its ongoing wage negotiations with the Government today, following a meeting with its members.

Yesterday, NAJ President Patsy Edwards-Henry told The Gleaner that the meeting is being held in response to correspondence received from the Government on Tuesday.

“We are very uncomfortable with how the Government is dealing with our salary negotiation because we have not yet been called to the table. We got a letter on November 30, where we were supposed to respond by November 30 to accept something that the Government is offering,” said Edwards-Henry.

“So we are having a meeting ... and we are going to be taking a decision where, while we anticipate the fourth wave of COVID-19 with the Omicron variant in the air, the nurses of Jamaica must be treated with some level of respect,” added Edwards-Henry.

In July this year, the NAJ rejected the Government’s 2.5 per cent wage increase offer for public-sector workers. At that time, the negotiations were slated to start at the end of that month.

The NAJ had indicated that it was awaiting the outcome of a compensation review before making any decision on the matter.

The 2.5 per cent proposed increase was also rejected as inadequate by other public sector workers, including the Jamaica Teachers’ Association and some members of the Jamaica Constabulary Force.

Among the other issues which continue to be sore points for the NAJ are the delays in paying remuneration for nurses who have participated in COVID-19 vaccine drives, the effect of the pandemic on them and their families, and the impact of staff shortages due to frustrated colleagues migrating to seek better job opportunities.

Asked about their level of preparedness should the Omicron variant – which scientists are still assessing – hit Jamaica, Edwards-Henry said that there has been no increase in the amount of resources allocated to them.

“The Omicron variant was identified first in South Africa, but chances are it is here already. I am not sure if there is a level of preparedness that we have because it is not that we have more nurses, more beds, or more hospitals,” said Edwards-Henry.

“It is the same nurses that are going to have to take their vitamins, get up, dress up, and show up. We will just have to do what we do best, and that is to keep the health sector going,” she said.