Sangster projecting 70 per cent bump in passenger traffic for 2022 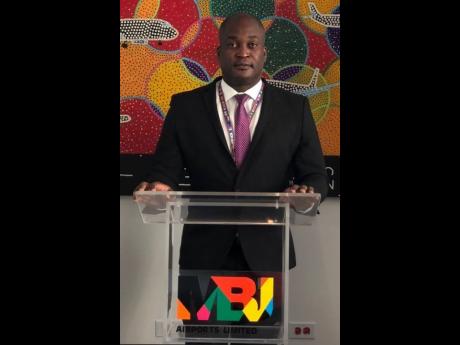 MBJ Airports Limited, operator of the Sangster International Airport in Montego Bay, St James, is forecasting a 70 per cent increase in passengers using its facility in 2022 as it regains pre-COVID-19 dominance of travel and tourism.

Like the rest of the world, the airport saw zero business when the country’s borders were closed for several weeks last year owing to the pandemic. However, it is now being touted as one of the few airports in the world to have launched so many new international routes during the COVID-19 pandemic.

The Montego Bay airport now boasts of receiving service out of Zurich, Switzerland, from Edelweiss, with Eurowings serving Frankfurt, and US carrier Frontier adding several new routes, among the reasons for its passenger traffic increase.

Between January and November, the airport had processed more than 2.25 million passengers, compared to 1.5 million in 2020, CEO Shane Munroe told stakeholders during the airport’s annual forum on Wednesday morning.

“As of November, we were up 49 per cent, and in terms of aircraft movements, last year, we were just about 17,000 aircraft, and we are up 43 per cent this year. So we are seeing the continued recovery of air travel to Jamaica,” he revealed.

Cargo is not as promising and continues to perform similar to 2020 levels, he stated, adding that he is anticipating the same trajectory for 2022.

The airport’s top routes remain dominated by the United States, and American Airlines still holds the number one position as leading carrier into the island.

With the extended closure of the other markets such as Canada, the United Kingdom, and Europe until recently, over 93 per cent of the traffic that the airport gets comes out of the United States.

In the meantime, Munroe said that MBJ was taking a holistic approach that puts passenger safety and experience at the centre and supports more efficient operations with an emphasis on improving business continuity, sustainability, and decreasing environmental impact being at the forefront of its plans going forward.

“This strategy for the Sangster International Airport extends to initiatives such as energy efficiency and renewables, along with the continuous improvement of the terminal building’s surrounding infrastructure to improve passenger experience in a more sustainable and efficient way possible,” he said.

Munroe said that the renewed vision was for the airport to be a leading tourist destination.