Ministry scales back orders of AstraZeneca, pulling plug on more J&J for alternatives 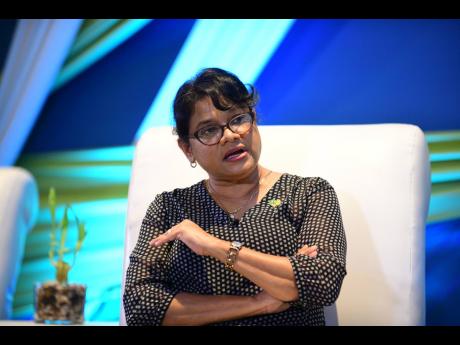 Plunging take-up of the AstraZeneca COVID-19 vaccine has forced Jamaica’s health ministry to scale back procurement of the flagship brand and to fast-track negotiations for the swapping out of more than a million doses of one-shot Johnson and...

Plunging take-up of the AstraZeneca COVID-19 vaccine has forced Jamaica’s health ministry to scale back procurement of the flagship brand and to fast-track negotiations for the swapping out of more than a million doses of one-shot Johnson and Johnson (J&J) amid anaemic demand.

That paradigm shift suggests a laser focus on prioritising the Pfizer option – an admission that the administration has had to yield to personal preference and market demand.

Jamaica’s Chief Medical Officer (CMO), Dr Jacquiline Bisasor-McKenzie, has reported that the decrease in the take-up of AstraZeneca has been sufficiently stark to cause health officials to take stock and change course.

“We have quite a number of vaccines in the country. What we are looking at in terms of projections for the future is reduced doses of AstraZeneca, trying to ensure that we have the second doses for persons who have gotten their first doses,” she said at a Gleaner Editors’ Forum on Wednesday.

Bisasor-McKenzie sought to explain that even though the take-up of the Pfizer vaccine now is lower than earlier trajectories, it is better than AstraZeneca’s.

““We had anticipated that the one-dose vaccine would have been attractive, but we are not seeing the kind of take-up that we would’ve expected, so we are trying to swap out those as well,” Bisasor-McKenzie said, adding that the health ministry would be hunting more Pfizer vaccines.

J&J has also lost its selling pitch as a one-shot vaccine because second doses have now been recommended.

The CMO said that the ministry will not be placing any new orders of AstraZeneca in large quantities.

The low take-up of vaccines has resulted in an estimated 300,000 doses of expired COVID-19 inoculants being discarded. Jamaica’s target of 65 per cent herd immunity by March 2022 is also under threat, with around 19 per cent of the population fully vaccinated.

Howard Mitchell, chairman of the National Health Fund (NHF), which procures and stores vaccines, shared that the raw acquisition cost for vaccines - for both those received and others on order - is about US$15 million (J$2.3 billion). Approximately 1.9 million doses of J&J had been ordered.

The J$2.3 billion, though, does not include logistics costs such as freight.

“At the moment, what is left on our order chart is approximately one and a half million doses of Johnson and Johnson (J&J) vaccines and potentially another 300,000 doses of Pfizer vaccines. That can be changed because we actually can shift the brand in one of those circumstances,” Mitchell said.

The J&J vaccines are being procured through the Africa Medical Supplies Platform.

“We are still in discussions about the possible changing of brands, but what I can say is that at all times, we have had excellent cooperation from the supplier. We have had enlightened assistance, and I don’t think there should be any difficulty. It will only be a matter of whether or not the particular brand is available and the logistics,” he said.

When asked why a new brand of vaccine was introduced given the high levels of hesitancy, Health Minister Dr Christopher Tufton acknowledged that it was “not an ideal” strategy but was now pragmatic.

“We do recognise that a feature of the vaccine programme here in Jamaica is the influence of external sources and people are doing their own research. In the interest of trying to maximise take-up, we had the opportunity to and we acquired a quantity of that particular brand,” the health minister said.

Just over 71,700 of the Johnson and Johnson vaccine have been administered.