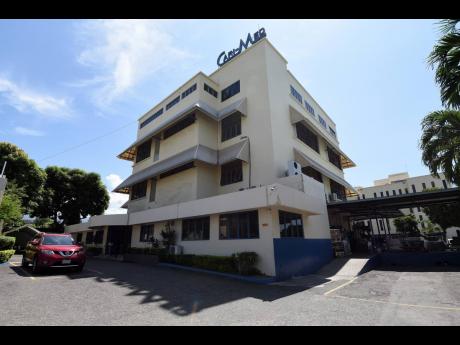 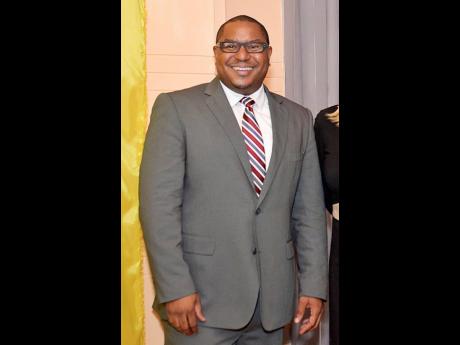 File
Gavin Goffe, who represented the defendants, hailed the ruling as a victory for Jamaica.
1
2

The five employees of pharmaceutical giant Cari-Med, who yesterday suffered a major blow in their bid to challenge the company’s vaccination policy after the Supreme Court threw out the constitutional aspect of the legal challenge, have signalled...

The five employees of pharmaceutical giant Cari-Med, who yesterday suffered a major blow in their bid to challenge the company’s vaccination policy after the Supreme Court threw out the constitutional aspect of the legal challenge, have signalled their intention to appeal.

In a statement to The Gleaner, attorneys-at-law Jerome Spencer and Yakum Fitz-Henley, who are among the team representing the five claimants, said that the judgment is being reviewed to further advise the clients of the possible grounds of appeal, among other things, and have declined to comment further.

However, they say, “The claimants are in good spirits and are thankful for the continued support and encouragement received.”

On October 4, the company effected a vaccination policy mandating workers to either provide proof of their COVID-19 vaccination status or present a negative PCR test result twice per month at their own expense in order to be admitted to work.

Those who were medically exempted were also required to undergo fortnightly testing.

Additionally, the policy also bars employees from working from home as an option to not being vaccinated, noting that failure to comply with the policy would result in workers being blocked from attending work or required to use their vacation days or take unpaid leave.

Consequently, five employees sued the company and its subsidiary, Kirk-FP Limited, claiming the forced policy violated or threatened to contravene their constitutional rights, including their right to freedom of religion and right to protection of privacy or other property and of communication.

They were also of the view that their right to freedom of thought, conscience, belief and observation of political doctrine, right to equality before the law as well as right to life, liberty and security of person were being infringed.

The workers, who also contended that the policy breached their workers’ contract, also sought an injunction and order from the court to restrain Cari-Med from modifying their employment contracts by implementing the policy.

Four of the claimants had sought exemption on medical grounds and a fifth had religious reasons.

One of the claimants, who was pregnant, alleged that she had informed Kirk-FP that she had had a negative reaction to the H1N1 and H3N2 vaccination and was advised by her doctor to avoid COVID-19 vaccination for her safety and that of her unborn child.

Another employee, who was reportedly diagnosed with anaemia in 2018 and has gynaecological issues, said she had also sought medical exemption as her condition had worsened since the start of the year, resulting in her depleting her sick days, but was refused.

The defendants, in response, countered with an application asking the court to decline to grant constitutional redress to the claimants and not to make any determination on the issues involving the constitutional breaches. They also asked the court to strike out the declaration sought in the claim pursuant to the Charter of Fundamental Rights and Freedom.

Lawyers for the defendants argued primarily that there were alternative remedies available to the claimants, and as such, the court should not exercise its powers in regard to the constitutional claim.

They further argued that fixes such as the injunction to restrain the policy and the damages that are being sought by the claimants are remedies that are available to the court on a claim for breach of contract.

In light of that, they say, there was no deficiency that would justify pursuing a constitutional claim.

Furthermore, the lawyers stressed that the policy did not mandate the claimants to be vaccinated as they have the option of doing the PCR test, which can be done freely as provided for by the Government.

At the same time, the lawyers averred that the COVID-19 disease poses a serious threat to lives, public health and safety and the companies are obligated to be take reasonable measures to maintain a safe environment at work.

Regarding the issue on the claim of contract, noting that the relationship between workers and employees are governed by a employee contract, the defendant argued that issue in question would be whether the contract gives the employers the power to implement the policy.

That issue, they argued, is a matter for the court to decide on.

The claimants’ lawyers, however, while arguing that the court had the power to decline the constitutional redress, said they were two important components to consider, whether there are adequate means of redress and with that consideration the court has the discretion to decline.

They further argued that a right is infringed when it is engaged and that the court should reserve the question for whether a right is unjustified for trial.

The claimants further submitted that an award of damages at common law cannot compensate for the shame and embarrassment of being turned away from work for reasons concerning the inviolability of the physical person, nor can the law of contract be substituted for a declaration that the workers’ constitutional rights have been violated by the implementation of the policy.

The court, in its ruling, however, found that the law of contract is an adequate avenue for relief for the claimant, further noting “that the claimants have not shown the nature of and extent of the rights they allege have been or are likely to be contravened by the defendants.

“While the global pandemic of COVID-19 is a new phenomena, the pandemic has not removed the provisions of the Constitution which govern us all. The charter rights remain subject to Section 13(1 )(c) for their enforcement, there is adequate relief to be had in the law of contract and they can seek their remedies in that context,” it said.

The court granted the defendant application and declined to exercise its power in pursuant of the Charter of Fundamental Rights and Freedom.

It also struck out the declaration that was being sought for constitutional redress.

Meanwhile, one of the attorneys-at-law for the defendants, Gavin Goffe, said his clients feel vindicated by the judgment and are happy with the outcome.

“The judgment recognises the effort expended in trying to balance the rights of everyone and to have consultations with everyone.

“The defendants made efforts to protect the workers from this terrible virus and they feel this is a victory for Jamaica, in the sense that it will allow for other employers to follow their lead, of course, being mindful of the duties of consultation, but follow their lead and take decisive actions in trying to protect their workforce and to help advance the nation in its fight against COVID-19,” he added.