‘A crisis of poor performance’ 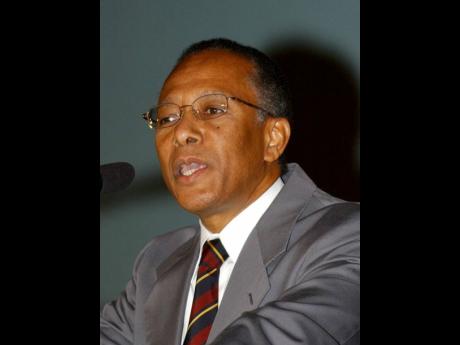 Former Education Minister Ronald Thwaites yesterday expressed satisfaction with the findings of the Professor Orlando Patterson-led Jamaica Education Transformation Commission as its long-awaited report was launched after a comprehensive review of the sector.

“I think it takes us a far distance,” Thwaites told The Gleaner although admitting that he had a few concerns.

“I think Professor Patterson’s team correctly identifies the fundamental need to rethink the rules of engagement with the teaching profession. I also think that his team is correct in their suggestions regarding the financing of education, particularly, the participation, wherever possible, of parents, as well as the increased accountability for the use of public funds,” said Thwaites.

“My concerns are that there is insufficient attention to moral and ethical education and how we’re going to repair the long-standing deficit in that area, which of course, has been aggravated by nearly two years of idleness among our children,” he added, noting that Patterson’s team echoed a contention that he has had about how billions of dollars are spent in the sector.

“I think another area that is very important is absolute insistence on priority of the early childhood education and the reversal of poor funding of that sector,” said Thwaites, who said that he is hoping that there will be further narrative on school feeding and a revised covenant between Government and the churches, who own or sponsor nearly half of the island’s schools.

Addressing the launch of the Reform of Education in Jamaica 2021 report yesterday, Patterson recommended that the reorganisation of the Ministry of Education proposed in a previous 2004 education reform report be fully effected.

“While many of the resource building structures that were recommended went into effect, the reorganisation of the Ministry of Education did not take place. We recommended a complete review of the system. We recommend an oversight committee to monitor implementation of recommendation; a strategic and organisational review of the entire system,” he said of the findings of the current team.

Patterson contended that the current structure as it relates to education officers was not the most efficient.

“We want to change the whole idea of what an education officer is, as one who is actively involved in the schools in suggesting reforms and implementing reforms,” he said, adding that there were also recommendations to improve accountability at the Ministry of Education.

Among other areas placed under the spotlight were school boards, with the team contending that there were “major problems” with how members are selected; the need for financial management, including frequent auditing of schools; and the passing of legislation such as the Jamaica Teaching Council bill and the Tertiary Education Commission bill.

In terms of the pandemic, Patterson called for funds to be pumped into the recovery efforts over the next two years, warning that inaction could be far more costly.

“COVID has been a calamity for our students, as you know, and it has exacerbated the existing problems of equity,” he stressed.

“So we can choose between spending this extra amount upfront now of only $2.5 billion [annually for two years] to make up back for what we’ve lost, or we can not do it or not do it efficiently and end up with a final cost of US$5.5 billion. It’s a no-brainer of what we should do,” he said, noting that the estimates were arrived at by the World Bank.

Patterson said that in addition to the COVID-19 calamity, Jamaica’s education sector is in “a crisis of poor performance and an organisational crisis”.

He said: “The World Bank calls this a learning crisis – the fact that we have achieved success in placing students in schools, but they’re not performing well.”

On the other hand, he noted that the pandemic has brought some silver lining to reforming Jamaica’s education sector as it forced the teaching profession to acquire the skills of remote learning in a hurry, eroding the reluctance that existed before.

It also allowed the commission to meet with a larger number of stakeholders remotely, more than it would have engaged during school visits had there not been a pandemic.

Prime Minister Andrew Holness said that a detailed plan will be developed to implement the recommendations, with a committee to oversee the process to be named by the end of this month.

“The ministry has to be responsible for the implementation. As far as possible, we must use the existing resources within the ministry, and where there are capacity gaps, we must build the capacity to address those gaps,” he said, noting that in order to be sustainable, the reforms could not be undertaken outside of the ministry.

“As the commissioner said very clearly, we do not have a problem with inadequate spending on education. What we are spending, in relative terms, … puts us in the top 20 per cent of the countries in the world, but we’re not getting the bang for the buck. Clearly, our focus has to be on accountability for results from the money we are spending,” said Holness, himself a former education minister.

The incumbent, Fayval Williams, said she was committed to the implementation of the recommendations.

“ ... If we faithfully and diligently implement the many recommendations, they will begin to show dramatic results, short term, as well as long term,” she said, noting that she had read the entire 342-page document.

Attempts to get reactions from Dr Angela Brown-Burke, opposition spokesperson on education, were unsuccessful.