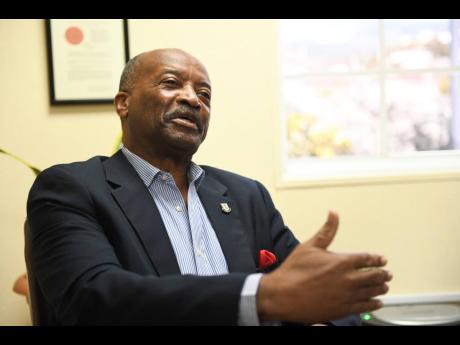 This latest development comes against the background of Auditor General Pamela Monroe Ellis’ annual report to Parliament that flagged Dalling’s contract as breaching the Government’s guidelines.

In a Gleaner interview on Monday, Carter said that when he recruited Dalling for the job as CEO, “deviation” of government rules was the furthest thing from his mind because he knew that the previous contract had similar provisions.

“The termination clause in the CEO’s five-year contract dated April 29, 2020, states that either party may terminate this agreement by giving to the other two months’ notice in writing,” the report read.

Termination by the FLA before completion of the contract period will trigger a maximum gross payout of two and a half year’s gross salary, plus prorated gratuity, the report continued.

But Carter insisted that when the FLA entered into a five-year contract with Dalling, it was on the basis that the “legacy” contract had similar provisions.

According to the FLA chairman, “if something was applied before, it is a simple matter of pulling that, reviewing what was there, and ensuring that the contract that was being drafted for Mr Dalling is in keeping with the one that exist before,” he said.

Carter told The Gleaner that he was not averse to having discussions with the Ministry of Finance about the issue.

“If the Ministry of Finance and the Public Service now sees it necessary to review all contracts or arrangements similar to Mr Dalling’s contract or any other, then I would be the first one to put up my hand and say, ‘I am ready for a discussion and review of what exists now,’” he said.