Six referred to cops for investigation for alleged crimes 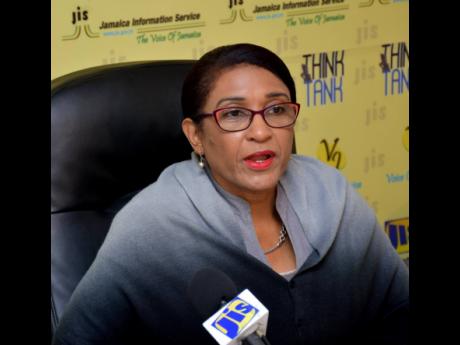 File
Sandra Garick, CEO of the Real Estate Board. 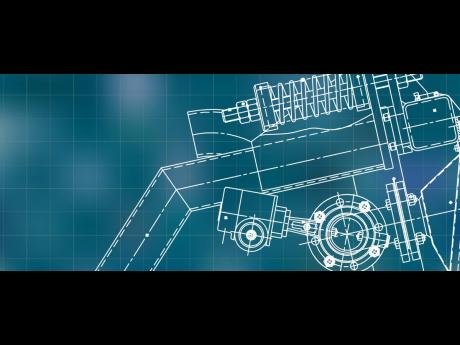 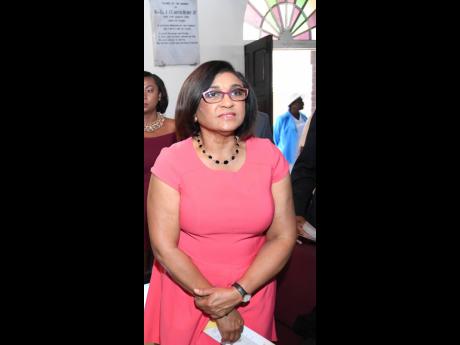 File
Sandra Garick, CEO of the Real Estate Board.
1
2
3

The files of six developers have been handed over to the police over the past 10 years to be investigated for various alleged crimes, the Real Estate Board (REB) has disclosed. In recent times, regulatory state agencies have come under scrutiny for their work. The REB’s chief...

The files of six developers have been handed over to the police over the past 10 years to be investigated for various alleged crimes, the Real Estate Board (REB) has disclosed.

However, the names of the six will not be released unless charges are brought against them.

In recent months, there's been increased public scrutiny over how state agencies have been holding developers accountable, especially those involved in housing projects.

The Kingston and St Andrew Municipal Corporation (KSAMC) and the National Environment and Planning Agency (NEPA) have been at the forefront of criticisms over how they approve building, planning and environmental permits.

The REB is the government body set up to, among other things, regulate and control the practice of real estate business and the disposition of use of land in development schemes. It also issues licences and registration for real estate dealers and salespersons.

According to the agency, which is also responsible for stratas, a range of actions have been taken against developers over the last decade, as part of its enforcement efforts.

It said “major investigations” were carried out on 25 developers, which it did not name. Two developers were convicted of breaching the Real Estate (Dealers & Developers) Act and Larceny Act.

The REB said 170 developers were issued with registration letters with restrictions from entering into prepayment contracts and advertising lots/units for sale, pending modification of the restrictive covenants from the titles of their development scheme.

The issue of building and advertising before restrictive covenants are changed has proven a major headache for residents, especially in single-dwelling neighbourhoods, as they battle with developers pursuing multi-family units.

The covenants are legal mechanisms used by neighbours to protect the character and uniformity of their communities, but those are facing increasing challenges as housing demand increases in sought-after areas.

In one of the latest cases, a Supreme Court judge raised questions of negligence and possible corruption at the KSAMC and NEPA after finding in December that a developer built 32 bedrooms at a St Andrew development that was approved for 12.

Justice Natalie Hart-Hines questioned the lack of enforcement throughout the duration of the construction at 10 Roseberry Avenue in Acadia that allowed Belgravia Development Company, led by Cliff Rochester-Butler, to exceed its permit. The court discovered the breaches.

The judge ultimately refused to grant Belgravia’s application to modify the restrictive covenants to permit the multi-family complex that was about 70 per cent complete up to October 2021.

“It seems that the Kingston and St Andrew Municipal Corporation and the National Environment and Planning Agency have been dilatory in their mandate to enforce local planning laws and regulations and to promote sustainable development,” said Hart-Hines.

She made that conclusion after citing a Shakespearean line she said represented the decay of a country when it becomes “lawless and corrupt because those who are tasked with the responsibility for pruning and managing it fail to carry out their responsibility”.

While it is unclear whether they are related, a day after the December 21 judgment, two senior KSAMC officers – Shawn Martin and Calvet Sutherland – were sent on leave (interdicted) with full pay by the Local Government Services Commission.

They have been barred from work until the completion of investigations into building and planning approvals given by the KSAMC.

Four days after the court ruling, the KSAMC applied to the Supreme Court for an injunction to immediately halt construction of an apartment complex on 9 Evans Avenue in Acadia, not too far from the Roseberry property.

That development was first hit with a cease-and-desist order by the KSAMC in October 2020 after a Sunday Gleaner investigation raised questions about the alleged breaches.

Also in December, it emerged that the KSAMC admitted that an “administrative error” led to the approval of strata plans for 14 apartment units at a Birdsucker Drive, St Andrew development, although it had only been granted permits for 12.

The under-pressure KSAMC has since announced several reforms, including the mandatory inspections every three months for every development, and evaluations at various stages of completion.

Kingston Mayor Delroy Williams has also proposed the overhauling of the KSAMC’s Planning Department, breaking it into two units for greater efficiency.

In 2020, municipal corporations received 5,305 building/planning valued at an estimated $205 billion. Of that figure, they approved 3,446 developments worth $145.2 billion, according to the Planning Institute of Jamaica’s Economic and Social Survey released last July.

Most applications were for residential development (89%), followed by commercial (6%).

The number of NEPA enforcement actions increased by 56 per cent to 1,348 in 2020. Warning letters and on-site breach/warning notices together continued to account for more than 90 per cent of the actions, the document said. There was no clear reference to actions by municipalities.

The KSAMC, which covers the country’s major industrial and commercial centre; St Catherine; Portmore; St James; and Clarendon were the leading corporations.

Carvel Stewart, a major player in the industry, has insisted that more regulations to hold developers accountable may not be necessary and that focus should be put on improving the capacity of municipalities to improve inspections.

He is insisting that the authorities reconsider a suggestion he made years ago for municipal authorities to engage suitable private sector-based professionals to improve their approvals and inspection capacity.

The current state of affairs is highlightszed by the KSAMC that, up to June 2021, had six building inspectors to process the average 1,200 construction applications received annually.

Stewart said that situation, especially amid a construction boom, can change, citing a peer-review process he said some foreign authorities use to improve their approval processes.

“Let’s take an engineer and I put in a design with a particular structural solution … . They (municipal corporations) send it out to an engineering firm that is pre-listed and accepted and approved by the engineering community and they give feedback to the council,” explained Stewart, a former president of the Incorporated Masterbuilders Association of Jamaica.

He said, during his tenure when the issue was raised, parish authorities were concerned as to who would get the fees to be paid. Building fees are a key income source to the municipalities.

But the current situation where developers pay the local authorities would remain, except that those fees would include the cost of using private-sector inspections, Stewart said.

“We continue bawling about, and it’s true, that we don’t have enough people employed to the local government authorities. If we’re going to move that along, and you’re not going to get more people wishing to be employed in that way, remember, the levels of remuneration are not as attractive,” he argued.

“That is where, I think, they should apply themselves and stop the talking, talking. There’s too much talk that comes out of the process and no solutions.

Stewart said the contracts could be structured to ensure the privately engaged inspectors are accountable.

Prime Minister Andrew Holness committed last June that his administration would address the shortage of building inspectors, but he did not give any timelines.

Back in 2015, the Auditor General’s Department cited the KSAMC and the St James Municipal Corporation for their poor maintenance of files for applications for building permits, as well as poor monitoring and documenting post-approval inspections.

NOTE: This story has been updated to make it clear that the cases handed over to the police for investigation span a period of 10 years.