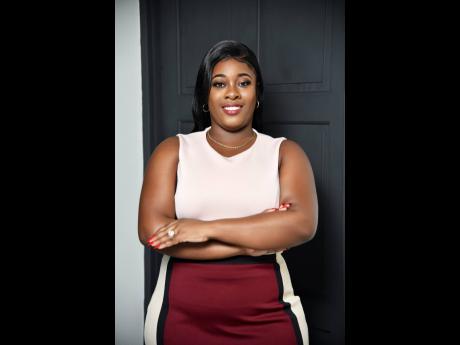 Contributed
Phelisa Ricketts: “There is a boom in the STEM industry, in terms of the demand for STEM-related fields. That’s where we’re heading.” 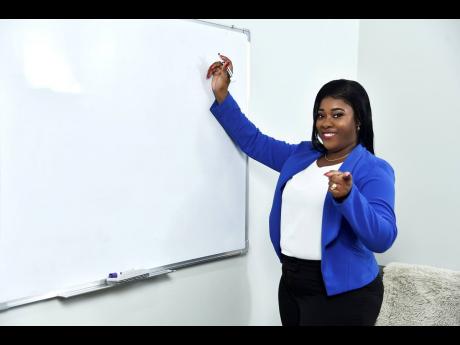 Contributed
After being sent to a place of safety as a teenager, Phelisa Ricketts-Graham has turned around her life to mentor youths in STEM learning.
1
2

WESTERN BUREAU: Placed in a girls’ home for uncontrollable behaviour at age 14, Phelisa Ricketts-Graham has made a 360-degree turn and now operates the Western STEM Academy, focusing on transforming the minds of Jamaican students. The 25-year-old...

Placed in a girls' home for uncontrollable behaviour at age 14, Phelisa Ricketts-Graham has made a 360-degree turn and now operates the Western STEM Academy, focusing on transforming the minds of Jamaican students.

The 25-year-old Church Teachers' College-trained educator, who is principal of the full-time international virtual school that provides services for students ages three to 18, says she went through episodic despair before finally finding her footing.

Born in Jackson Town, Trelawny, Ricketts-Graham lost her father at age seven. A few years later, her mother became mentally ill and was unable to care for her.

While her grandmother stepped in, the young educator ended up at the Granville Place of Safety in Trelawny.

“I was struggling, wondering if I was good enough and started seeking attention in the wrong places and started doing things I wasn't supposed to do as a teenager,” she recounted during an interview with The Gleaner on Sunday.

The difficulties she encountered as a ward opened her eyes, causing her to take charge of her life. Within one month at the institution, she bade it goodbye.

At 14, Ricketts-Graham was eager for mentorship, and she found an adoptive mother in her teacher, Winsome Lawson, who supported her.

“She encouraged me, she provided uniforms, food, everything that I needed for school, and motivation. She believed in me and allowed me to realise that I could really make it, and I turned around fully, became a monitor of Westwood High School and the vice-president of several clubs,” said Ricketts-Graham.

College was next in the trajectory. By age 17, with eight distinctions in the sciences, bubbling confidence, help from the Westwood Old Girls' Association and a scholarship from the Ministry of Education, she entered teachers' college and excelled.

Today, having taught at Rusea's High, Montego Bay High, Heinz-Simonitsch and William Knibb High, Ricketts-Graham launched her own school amid the COVID-19 pandemic in 2020.

“We started offering classes to students who were from schools that had stopped having classes, and for parents who wanted a better alternative for their children because they were transitioning online, which was so much confusion for them,” said the young principal.

She said she started offering only Primary Exit Profile (PEP) and Caribbean Secondary Education Certificate classes, but then parents demanded a solution to the educational problems at the time.

Trained in chemistry, physics, biology, and integrated science, the STEM Academy principal said she is in the process of applying for a licence from Jamaica's Ministry of Education.

In the meantime, her students sitting their PEP examinations register directly with the ministry for the closest centre to their homes.

With 40 students attending her institution, Ricketts-Graham says she finds people gravitating towards STEM – science, technology, engineering, and mathematics – and urges the Jamaican Government to give more support to this stream of learning.

That's an imperative, said Ricketts-Graham, referring to the burgeoning interest in emerging industries for animators and digital creators, as well as more traditional avenues in medicine and engineering.

“There is a boom in the STEM industry, in terms of the demand for STEM-related fields. That's where we're heading,” she stated.

The Holness administration has sought to encourage growing interest in robotics, animation, and coding. An Amber-HEART/NSTA Coding Academy was officially launched last year and the Government has committed to constructing six STEM academies islandwide.

Ricketts-Graham says the rise in usage of digital platforms has laid the groundwork and has made it mandatory for a new paradigm of teaching and learning in order to develop students for the real world.

“If we don't do that, we are going to be left behind by the rest of the world,” she warned.

“We need more persons to be able to not just use the laptops but more to create laptops to advance technology.”

Parents, too, she said, are catching the vision.

Ricketts-Graham wants to empower youth across Jamaica to believe in themselves, as she challenges them to tap into their innovative and creative skill bank.

She has founded the Purpose Finder Club, an online coaching and mentorship platform that helps young persons to start and grow their own successful online businesses.