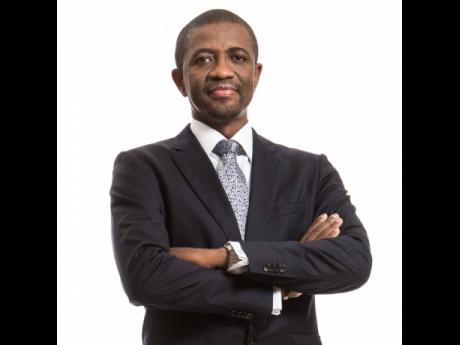 The Jamaica Bankers’ Association (JBA) has defended the decision of two of its member institutions to introduce new and increased fees to customers, insisting that local banks have suffered greatly since the onset of the coronavirus pandemic. Both...

The Jamaica Bankers’ Association (JBA) has defended the decision of two of its member institutions to introduce new and increased fees to customers, insisting that local banks have suffered greatly since the onset of the coronavirus pandemic.

Both the National Commercial Bank (NCB) and Scotiabank – under pressure from lawmakers, the ruling Jamaica Labour Party, and thousands of customers over widely unpopular user fees considered excessive – recently announced hikes, including new charges for use of proprietary ABMs.

In a Gleaner interview on Tuesday, JBA President Septimus Blake, who is also the chief executive officer of NCB, said local banks have delayed fee increases while absorbing costs.

He said the decision to increase and introduce new fees was not taken lightly, stressing that banks have had to engage in costly operations to continue services.

Blake said while it is accepted that it is a difficult time for customers, the banking sector has been a shock absorber for the economy.

He said cash transactions have been very cost-intensive and argued that banks have provided cost-effective digital platforms for customers to conduct business free of charge in most instances.

“It is very expensive to count cash, to move cash, to secure it and to insure it. It is, I would say, a very cost-intensive operation. The cost to deliver the service is significant and I would also say at the end of the day, I don’t think the banks are passing on the full cost of providing the service,” said Blake.

He said in March 2020, when Jamaica recorded its first COVID-19 case, banks decided to waive a number of fees while absorbing that impact.

Blake said a decision was subsequently taken late last year to reinstate fees for some of the transactions “because the costs have just been significant in terms of input”.

Thousands of customers have decried the move by the country’s two largest commercial banks, calling the introduction of fees for ABM withdrawals, in particular, unconscionable.

NCB, too, has introduced fees for withdrawals from proprietary machines, asking customers of current accounts to pay $25 after exhausting four free transactions per month.

Customers with savings accounts, excluding its Gold Club, are being asked to pay $35 per transaction after exhausting two free transactions for the month.

This took effect on January 3.

“Where the transaction is digital in nature on the institution, it is either low or no fee. So you will see primarily charges around cash and cheque transactions,” said Blake, urging customers to leverage digital banking, which comes at a cheaper cost.

But opposition lawmaker Fitz Jackson, who introduced a banking services bill that was rejected by government members in 2018, has insisted that local banks are greedy.

“What we have seen over recent times is the banks not being satisfied with their normal stream of income, which is interest on loans and other instruments that they give,” Jackson said during a Opposition People’s National Party press conference on Monday.

“They have found a convenient way of exploiting the deposits that are placed in their charge for safekeeping, and if you read Section 126 of the Banking Services Act from 1964, and renewed in 2014, it gives the banks the responsibility to keep the deposits safely and to preserve the value.”

Jackson is demanding that banks allow a minimum number of transactions per month or year without charging fees; facilitate depositors in making deposits without paying fees or penalties; allow account holders to withdraw from accounts at their convenience without being penalised and to make enquiries without attracting a fee.