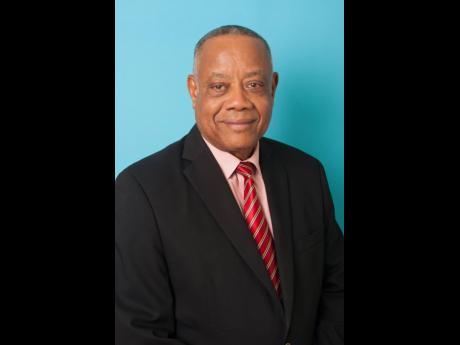 In the wake of a damning report alleging administrative breaches by the State that allowed foreigners to snare local jobs, a leading trade unionist has warned that every effort be made to prioritise qualified Jamaican workers.

President of the Bustamante Industrial Trade Union, Kavan Gayle, insists that skilled locals should not be leapfrogged by foreigners to work on projects financed by overseas-based investors or multinationals.

“If you have areas in which we don't have competence, we have to bring in foreign nationals and then have a system in place to train Jamaicans to take on these roles,” he said in a Gleaner interview Tuesday evening.

The Ministry of Labour and Social Security breached its internal administrative guidelines in relation to the granting of 150 work permits to Mexican nationals for the Moon Palace Jamaica Grande Hotel construction and renovation project, Integrity Commission Director of Investigation (DI) Kevon Stephenson has charged in a special report to Parliament.

Stephenson said that the process that led to the issuance of work permits to foreign nationals, during the period August 2014 to February 2015, was irregular and lacked transparency.

The alleged breach occurred under the Simpson Miller administration.

“The DI's conclusion is premised on the failure of the Ministry of Labour and Social Security to adhere to the established requirements as stipulated in the referenced administrative guidelines, which specifically required the submission of employer and employee details by or on behalf of the applicant, prior to the issuance of a work permit,” the report stated.

The internal administrative guidelines specifically require an applicant and/or their prospective employer to submit employer and employee details as part of their application prior to being issued with a work permit.

On March 16, 2015, the then Office of the Contractor General initiated a probe into the matter, which was later concluded by the Integrity Commission.

In his special report that was tabled in Parliament on Tuesday, the DI highlighted a statement made by Colette Roberts-Risden, permanent secretary in the Ministry of Labour.

The permanent secretary, according to Stephenson, said she was unable to provide the germane work permit application documentation owing to file damage caused by flooding in 2020 and which “possibly” included records relevant to the Moon Palace construction and renovation project.

Stephenson also noted that the then contractor general, prior to the “2020 flooding”, however, said his request was not satisfied.

In the absence of the requisite documentation to support the applications for work permits by the foreign nationals, the DI concluded that the “basis upon which the then minister of labour and social security, Derrick Kellier, satisfied himself of the legitimacy of the applications, remains uncertain ...”.

He said it also called into question the legitimacy and credibility of the applications for the work permits that were granted to foreign nationals for the six-month period.

In his recommendations, the DI urged the permanent secretary to undertake a review of the ministry's internal administrative guidelines that govern the processing of work permit applications. This is with a view to ensuring that the guidelines and policies are effective, fit for purpose, and consistent with the Government's broader objectives of accountability and transparency.

Stephenson urged Roberts-Risden to implement the necessary oversight mechanisms to ensure compliance with the established internal guidelines and policies of the ministry.

“It is, therefore, imperative that the permanent secretary in the ministry ensures that the internal guidelines which govern the issuance of work permits are guided, most scrupulously, by the tenets of transparency, equity and fairness,” he said.

The DI also recommends that the permanent secretary makes provision for the safe custody of the ministry's records so as to prevent, or minimise, the loss of said documents as a result of natural disasters and other events.

He also suggests that the permanent secretary considers, for implementation, the digitisation of the ministry's historical records as well as its general business processes.

This could aid in document security, accountability, and overall efficiency in the ministry's operations.