‘WRHA has no choice’ 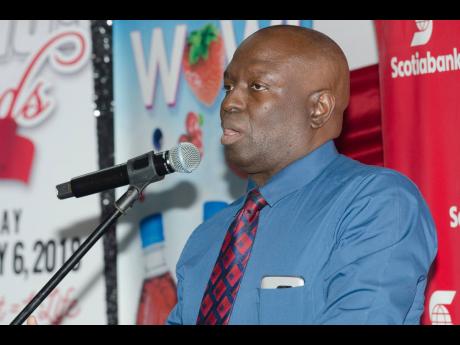 THE WESTERN Regional Health Authority (WRHA) has frozen all vacation leave over the next two months because of skeletal staff treating swelling numbers of COVID-19 patients at the four major hospitals in the region.

Approximately 15 per cent of staff working at the Falmouth Hospital in Trelawny, Cornwall Regional Hospital in St James, Noel Holmes Hospital in Hanover, and at the Savanna-la-Mar Hospital in Westmoreland are in isolation or quarantine because of coronavirus infection or exposure.

The Sunday Gleaner reported that about 130 healthcare workers in the WRHA are recovering from the virus amid a steady increase in patient load at the four main hospitals in the region.

Dr Brian James, president of the Medical Association of Jamaica (MAJ), said the WRHA had no other alternative at this time.

“I believe that they are forced to take these steps to ease the pressure on the (health) system. We are just hoping that the authorities and the population would realise how difficult the situation is, and try to step up their effort to limit the spread of this virus in the community,” James told The Gleaner on Tuesday.

He said that the decision by the WRHA was not unique because the South East Regional Health Authority (SERHA) has also taken a similar approach.

“It has become necessary because the situation is getting more and more difficult within the hospitals,” he said. “But as it stands, things are so difficult with so many people off and so many patients that we have. The regional authority has no choice but to do what it can to stop the system from breaking down.”

“I have been directed to advise that approval for vacation leave should be suspended with immediate effect, for the next two months and/or until further advised. This directive came as a result of the exigencies of the service brought about by the current COVID-19 surge,” the letter read.

According to James, if the Government would pay some attention their recommendations to suspend the resumption of the phased roll-out of face-to-face class and return to the work-from-home initiative, along with the imposition of a nightly curfew up to 9 o’clock, the country would not have been in its current crisis.

“If the Government would properly have enforced the restrictions such as gathering, then we might not be forced to do anything like this,” the MAJ president insisted, while revealing that the state of the medical profession is unhealthy and employees are feeling rejected.

“This is not a time of high morale in the medical community, it’s a time when we feel almost abandoned. We are hoping that people and the Government will see what is going on,” James said.

Eric Clarke, chairman of the WRHA board, says the decision became necessary as the capacity at Cornwall Regional Hospital and the Savanna-la-Mar Hospital has exceeded 100 per cent.

“Staff do need leave, but we have hospitals that are full and we have to look after the patients. It’s very hard to balance both,” Clarke said of the WRHA decision to suspend all vacation leave in an interview with The Gleaner on Tuesday.