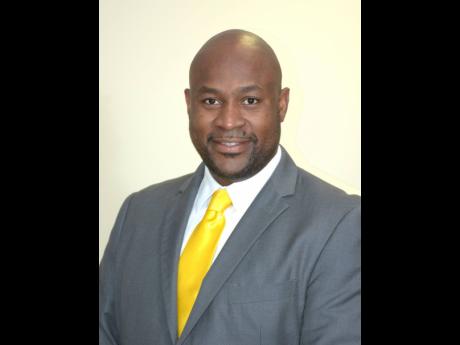 Registrar at The University of the West Indies (UWI), Dr Maurice Smith, says the tertiary institution is targeting a “revenue revolution” in the next five years.

With The UWI facing financial challenges, Smith said that the university had started to rationalise staff and that the exercise would continue.

Smith, who appeared before Parliament’s Human Resources and Social Development Committee on Wednesday, said that the university had to contain its internal expenditure in an effort to ensure that the institution is fiscally buoyant.

The parliamentary committee was examining the Report of The University of the West Indies’ Chancellor’s Commission on Governance of The UWI.

The UWI registrar told lawmakers that the university was looking at how best it could pursue entrepreneurial ventures by using the skill sets that were available at the institution to enable it to become more financially viable.

Smith said that the institution was exploring a number of bankable projects that would cause it to cauterise the financial bleed and become far more viable.

To that end, he said the university has put together a risk-management committee and assembled a capital-investment committee to look at bankable projects across the region.

The UWI registrar said that the Jamaican Government provided funding to the tune of $9 billion annually to the university.

He said 46 per cent of The UWI’s funding across the region comes from governments in the respective territories.

The other 54 per cent is realised through tuition fees, and research, entrepreneurial, and commercial activities.

The UWI spokesman told committee members that more than 92 per cent of the 95 recommendations in The UWI Chancellors’ Commission report were being pursued.

Smith said that the University Council would be meeting in a few weeks at which time the proposals would be accepted and deadlines for the implementation of recommendations would be established.

“Council will appoint an implementation task force and will give its specific terms of reference and timelines by which all recommendations will be implemented,” said the registrar.

He also highlighted that the planned digital transformation project would assist with many of the recommendations set out in the report.

Smith said that the digital transformation programme was well under way, and next month, The UWI would provide an update on this exercise to its regional stakeholders on the institution’s deliverables and output.

The report stated that based on information examined by the commission, achieving a more integrated, ICT-enabled and digitally transformed ‘One UWI’ ecosystem is a top priority and is crucial if the university is to survive its financial and other challenges.

In order to achieve this, The UWI said that numerous changes must be made to enable greater integration and cohesion of the distributed operational and technological systems and assets of the university.

Asked if The UWI had significant assets that could be utilised at this time to offset some of the challenges faced by the institution, Smith answered in the affirmative but noted that he could not comment on the issue as it was the bursar who could provide details.

Smith conceded that the university’s constitutional framework needs to be changed.

“It is a truth, and an indisputable one at that, that our constitutional framework needs to change, our statutes and our ordinances, hence the rationale for the commission,” he said.