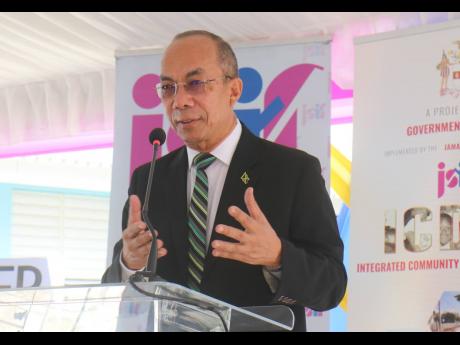 National Security Minister Dr Horace Chang has rebuffed calls for his resignation amid an escalating homicide rate and pledged that Jamaicans will soon see the gains of an assault on violent crime.

The country ended last year with 1,463 reported homicides, and police statistics revealed that 111 people were killed in the first 22 days of 2022, a 16 per cent rise year-on-year.

But Chang, who is also deputy prime minister and member of parliament for St James North Western, has pushed back at the clamour for his exit - a crescendo that has got louder since his retention after a Cabinet reshuffle this month.

“I have a job to do, and I will get it done. I know I can get it done,” Chang said when quizzed by The Gleaner on calls for his sacking or resignation.

Earlier this month, Prime Minister Andrew Holness said his retention of Chang as Minister of National Security was not on the basis of political loyalty to Jamaica Labour Party (JLP) General Secretary, but his knowledge of the security forces.

“I have full confidence in Minister Chang in his knowledge, his competence, and in his heart, which is to ensure that every single Jamaican is safe,” Holness said on January 16.

Chang said he was disappointed at Opposition Leader Mark Golding’s 60-day ultimatum to Commissioner of Police Major General Antony Anderson to shake up his crime-fighting strategy or quit. The minister gave Anderson his full backing.

“The society only gets sensitised when they see the blood spilled on the road. The commissioner is setting up a police force that will be able to have a sustainable impact on crime over time,” said Chang.

It would have been preferable, Chang told reporters, for Golding to seek audience with the top cop.

In support of the Government’s confidence in Anderson, Chang said the police force has come a far way after it has been abandoned by both his Jamaica Labour Party administration and that of the Opposition PNP’s for almost 50 years.

“The commissioner of police has done major work in bringing the police to where we would like to have it. It’s not there yet. I think we came to the job almost simultaneously, and I (found that) the problem in the force is deeper than we had anticipated,” he argued.

He noted that it is under Anderson’s leadership, since March 2018, that several internal changes in the police force have taken place, to include the establishment of the welfare department and the build-out of the technology and communications systems.