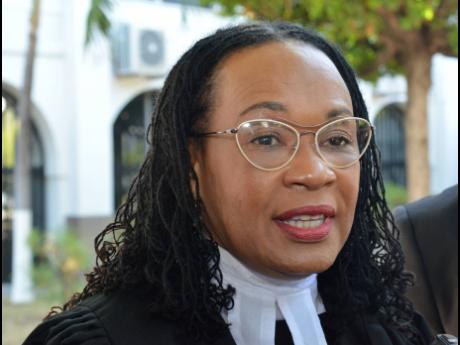 On Friday the Senate was reminded of the selflessness, vision, kindness and charitable acts of the pioneering Catholic Sisters who, among other things, founded the Convent of Mercy (Alpha) Academy and whose legacy continues to impact the Jamaican society positively more than 100 years later.

Opposition senators were unanimous in their support of the bill entitled ‘The Sisters of Mercy Jamaica, British West Indies (Validation, Indemnification and Amendment) Act, 2021’, which passed the committee stage without any amendments.

Opposition Senator Janice Allen said the work of the Sisters of Mercy was a shining example to the country of how Jamaicans can all work together to make this island a better place.

“Without asking, they have given and without expecting anything continue to give even more,” she declared.

Donna Scott-Mottley, Opposition senator, admitted to being particularly impressed by the courage of these women who were engaged in business at a time when women in Jamaica did not even have the right to vote.

“These women were not daunted by how they were defined and to read about the acquisition of that 40-plus acre property … . It’s such a powerful message to the rest of society as to how you can build a lasting legacy,” she acknowledged.

In endorsing the bill, Leader of Opposition Business Peter Bunting said he was the beneficiary of a solid Catholic education and upbringing, with his colleague Senator Lambert Brown also giving it the stamp of approval.

Piloting the bill, Government Senator Sherene Golding Campbell reminded the Senate that the Sisters of Mercy established themselves in Jamaica from the 1890s and highlighted the pioneering effort of Sister Jesse Ripoll who then used her life savings to purchase the property on 26 South Camp Road, where the all-girls Convent of Mercy (Alpha) Academy is located.

In seeking to amend the bill, she pointed out that in 1954 when it was passed, the intention was to create a corporation that would subsist in perpetuity and facilitate the holding of real and personal property, that was held in the individual capacity of the then existing Sisters of Mercy.

However, over the years, these offices became defunct and, in fact, no longer exist.

“The trouble with that is that the corporation now has no human body who can act lawfully on its behalf,” she disclosed, hence the overriding need for the amendments.