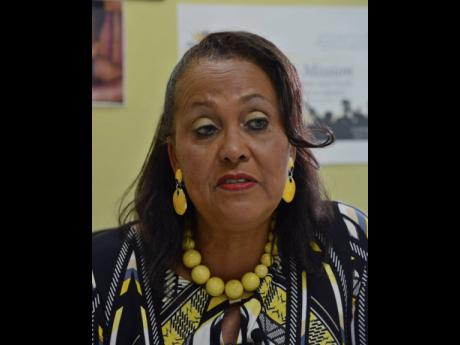 Child-rights campaigner Betty Ann Blaine believes that despite some progress on the legislative front and the formation of more protection agencies over the last two decades, the nation’s children are in more danger today with heartless attacks unabated.

In an emotional interview with The Sunday Gleaner, during which she had to take several breaks to let the tears flow before recomposing herself, she disclosed that her greatest wish was to see a Jamaica fit for children before she dies.

“The last two decades have brought more tears than laughter,” said the wife, mother, and grandmother, who founded Hear The Children’s Cry in 2002.

“There is danger everywhere, and there is a brand of depravity that is cruel to the core,” she said as she took a painful walk down memory lane, ruing the cruelty meted out to some of the nation’s most vulnerable citizens.

Among the cases Blaine recalled was that of six-year-old Shaneika Anderson, who was lured away with a patty and raped and murdered in 2005.

The depravity, tragedy and soulless loss of a nine-month-old boy who was buggered also weighs heavily on her mind, still vividly able to recall the tiny casket sitting inside the Stella Maris Roman Catholic Church.

There are also pictures etched in her memory of a mother – who Blaine described as a “walking dead” – as she searched for her 14-year-old daughter, whose body was so badly decomposed when it was discovered in a section of St Catherine that it could not be exhumed for a proper funeral.

By the time she spoke of a little boy who lost a shoe playing football and went home to a merciless beating before being set on fire, she was inconsolable. The boy, who sustained burns to 90 per cent of his body, survived the abuse and is now in a Catholic Church-run home.

Recollections of two sibling toddlers, whose remains were discovered in the rubble of a burned house clutching each other, when murderers set fire to the St Catherine shack in which they lived reduced her to more tears.

But the memory which stands out the most is that of an 11-year-old schoolgirl, who was murdered in 2008, and whose death formed the catalyst for several pieces of legislation.

“Without a doubt, Ananda Dean’s case is the one that I can’t forget. Her picture is on my desk where I work every day. I am not only reminded of how beautiful she was and the circumstances of her death, but that after 14 years, not one person has ever been charged with her abduction and murder,” Blaine told The Sunday Gleaner.

Ananda, a student of the Swallowfield Primary and Junior High School on Whitehall Avenue in St Andrew, vanished one evening on her way home. The next morning, her school bag was found miles away in Duhaney Park and 10 days later, her badly decomposed body was found in an area of Red Hills, where garbage was frequently dumped.

And after two decades of weeping and rejoicing, attending funerals, prayer vigils and protests as well as more than 20,000 calls and incidents, Blaine still has many unanswered questions.

“Do we have child serial murderers in Jamaica?” she asked, adding that the cases have intensified. “Are these persons who the State have failed to apprehend moving from community to community, parish to parish and committing heinous acts against our children? What have we done about it? Ananda’s killer may be walking around scot-free.”

The failure of the police to provide updates to parents, the public and organisations like hers, Blaine said, has led to a perception that nothing is being done and criminals then believe they are empowered to kill again and again.

“That is a weakness I believe in the police force, and I have been calling for it for a long time. We need this kind of update, even if it’s not a news conference, but something to remind the public that these cases are being investigated. It gives the families some glimmer of hope that somebody cares, and [that] one day, there may be a breakthrough,” she told The Sunday Gleaner.

Ananda’s case was the springboard for the Ananda Alert, a nationwide system launched in May 2009 to replace the Red Alert and designed to ensure speedy and safe recovery of missing children.

The little girl with the bright smile was a “daddy’s girl”, her father, Richard Dean, told The Sunday Gleaner a week ago.

She would run to him for exchanges of hugs and kisses.

“It does not get better and talking helps,” he said of the years of grief over Ananda, who would have turned 23 years old last November.

“I am always thinking about her and wondering what she would have become if she was here. She didn’t start talking about what she wanted to be as yet, and now I wonder what kind of young woman would she be,” he said. “But I never questioned God because it would be like saying it shouldn’t be my child; it should be somebody’s else’s child. I wouldn’t want what happened to her to happen to anyone else.”

Dean, who said he still cries now and then, recalled how he had to work 24-hour shifts as a security guard, Sunday to Sunday, sleeping on floors so he could provide for his children.

“Some of the time, I find comfort in knowing that she died for a cause. So many things have happened law-wise as a result of her death. She bring forth a brighter light to help others. She was such a loving, caring and wonderful child. She is the closest to perfect as any child could be,” said Dean.

Her elder sister wants to be a cop and the youngest boy then has sworn to protect his youngest sister – born after Ananda’s death – with his life.

“What an amazing woman! Even though I didn’t find back my child, she has helped me in so many ways, and especially through the period. She is brave. I can’t thank her enough for all that she has done,” he said, noting Blaine’s undying wish for a better Jamaica for children.

“I hope that Mrs Blaine’s wish for children will come true. It is my wish, too,” Dean said.

Blaine said that she was not an upstart child advocate.

For years, she took her daughters to Bustamante Hospital for Children each Christmas morning with cupcakes for the patients before opening their presents at home. She taught her children and grandchildren to pray, especially at mealtime, and has always encouraged them to see everyone as equal.

In the early days of Hear The Children’s Cry, Blaine said her small non-governmental organisation would put out monthly child alert bulletins about those missing, those murdered and other information. With depleted funding over the years, it has had to scale back on the publications.

With more than 20,000 missing reports, some 3,000 children remain unaccounted for during the two decades, Blaine said, calling for a law to make it a criminal offence for adults who harbour children reported missing.

She recalled being at the 2008 unveiling of the Crying Child monument at Secret Gardens in downtown Kingston dedicated to children killed tragically, hoping that no more names would be added. She could not imagine that within a decade, it would have ran out of space.

“If I could get someone just to follow up the cases of the children who go missing and no one knows where they are, that would be a blessing. We don’t have the resources to do the follow-up on many of these cases,” Blaine said.

“We have been asking the JCF (Jamaica Constabulary Force) to institute a unit to only investigate crimes against children, including missing children. We have never had an answer, and before I die, I would like to see that,” she said.

Charter of Fundamental Rights and Freedoms (2011)

Office of the Children’s Advocate

Office of the Children’s Registry