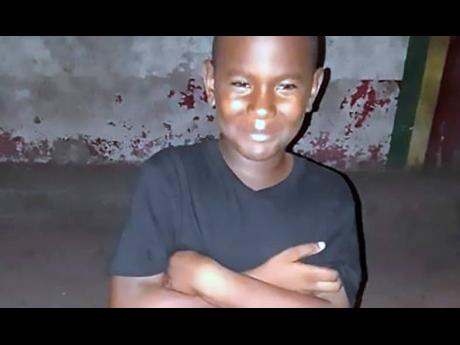 Eight-year-old Galen Buchanan, who was murdered in January 2020. 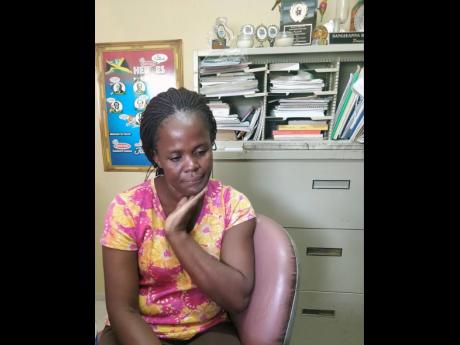 File
Tamara Lewis, mother of eight-year-old Galen Buchanan, who was murdered in January 2020.
1
2

A jilted ex-boyfriend has given a detailed confession of killing his former girlfriend’s eight-year-old son because she ended their less-than-a-year-old relationship.

Ochest Rose, 42, wanted his former flame to “feel the same pain he was going through”, the child killer admitted in a caution statement to the police.

Rose was convicted for murder in the Home Circuit Court on Friday after he pleaded guilty for the callous killing of his one-time stepson, Galen Buchanan.

He is scheduled to be sentenced on April 1.

Galen’s body – his hands tied behind him – was found in Kingston Harbour, near the Manley Meadows housing development in east Kingston, on January 23, 2020, two days after he went missing from his father’s home.

Galen’s mother, Tamar Lewis, broke up with Rose shortly before her son was reported missing, ending their eight-month romantic relationship after he tried to strangle her.

“The way I got away was by biting him,” she said at the time.

She also threw personal items belonging to Rose out of the house they once shared and changed the locks.

What’s worse, the woman disclosed during a January 2020 interview with this newspaper that she also discovered that Rose had a violent history and had served time in prison in the United Kingdom.

Galen’s mother indicated, too, that she later learnt that the man she had been cohabiting with had been jailed for burning down a house in an attempt to kill a previous spouse and her children.

“I never expect this. They were really close. Any time Phil (Rose) is here, the two a dem sit down on him father car down the lane and the two a dem reason like a big man,” Lewis said then of Galen’s relationship with Rose.

Her rejection enraged Rose and ignited a downward spiral, fanned by co-workers, which ended in the murder of the child, according to released court documents and the caution statement he dictated to police investigators on January 26, 2020.

The caution statement was witnessed by two justices of the peace.

The spurned ex-boyfriend told detectives that he opened up to some of his co-workers about his predicament after Galen’s mother rebuffed his requests to rekindle their romance.

“They told him that if they were in his shoes, they would go to the house and destroy the furniture,” said the caution statement obtained by The Sunday Gleaner on Friday after he was convicted.

Rose, who is also known as ‘Phillip Williams’, left his workplace and again confronted his ex-girlfriend, this time at her place of employment in St Andrew.

“He got down on his knees and begged her not to end the relationship,” the caution statement said.

Rebuffed again, he went to the home they once shared, kicked down the doors and destroyed a refrigerator, a television set and a fan.

“After he left the premises, his girlfriend called and he told her that he destroyed the items because she broke his heart,” the caution statement said.

Rose returned to work and again confided in his co-workers who suggested this time that they would “hurt” her.

He insisted that he did not want to harm his former flame because he wanted her back, but said his co-workers “encouraged him to hold on to something that she loved”.

That’s when his anger turned to Galen with whom he shared a very close bond, according to family members.

The eight-year-old mysteriously vanished from his father’s St Andrew home on January 21, 2020.

Galen’s father, Dereck Buchanan, had picked him up from school that day, fixed him a “light meal” and left him in bed while he went to socialise with friends a short distance away, according to the court documents also obtained by The Sunday Gleaner on Friday.

The documents are based on evidence collected by police investigators.

Rose showed up shortly after and headed towards the house after a brief conversation with Galen’s father.

Eight minutes later, Buchanan returned home and discovered that his son was missing.

He told detectives that during a telephone call shortly thereafter, Rose acknowledged seeing Galen “walking behind him as he left the area”.

However, the child killer later admitted to detectives that he was able to lure Galen from the house by telling him they were going for ice cream.

“He took him to Sea Breeze Avenue where he threw him in the water,” said Rose’s caution statement, making reference to the east Kingston community where the boy’s body was fished from the sea.

Lewis said Rose called her the Friday morning after her child’s body was found, offering to offset funeral expenses.

He was apprehended in Trelawny days after the killing.

High Court Judge Ann-Marie Lawrence-Grainger, who presided over the case, ordered that Rose undergo a psychiatric evaluation following a request by his attorney.