Jamaica-born pilot aims to close colour gap in the skies 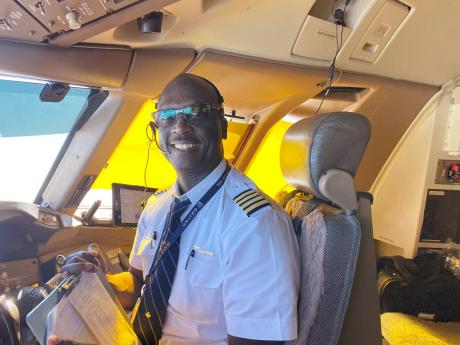 Contributed
Captain Glendon Fraser has ambitions of training more black pilots to close the diversity gap in the skies.

Fraser, who left Jamaica at the age of eight with his parents and settled in New Rochelle in Westchester County, has been a pilot with United Airlines for the past 36 years.

During that time, he said, he has seen widening diversity in the industry and has committed himself to narrowing the gap.

“Redtail is an offshoot of 20 years of mentoring young men and women through the Tuskegee airmen programme,” he told The Gleaner.

Fraser pointed out that students accepted at the flight academy were selected through the 53 Tuskegee airmen branches spread across the United States.

Currently, six students are enrolled in the programme.

They have to complete more than 2,000 flight hours, as well as instrumental training.

The training programme has two Piper planes and two instructors, including Fraser, who provide the students with all the necessary training. The programme is 10 months long.

Fraser said that, in 2019, he, along with others, started a programme at the Newburg Amory for second- to sixth-graders. The students were engaged in standard aviation and STEM programmes.

However, the programme got a significant lift with the donation of a helicopter, which was sold and the proceeds used to start Redtail Flight Academy.

Fraser pointed out that commercial pilot tuition fees run above US$100,000.

Asked if he would expand the programme to include Jamaicans back home, Fraser said this would be difficult to do, given the restrictions that have been imposed since 9/11.

However, he suggested that Jamaicans interested in becoming commercial pilots seek to move to the US and enrol in flight academies.

“If they live in the US, it is possible to be recruited through the Tuskegee airmen programme,” he said.

The six people currently in training at Redtail are all on full scholarships. However, Fraser said Redtail is considering offering half, not full, scholarships, which would free up resources to woo additional students.

Redtail is pursuing partnerships to assist with funding the academy.

Fraser said that he is excited about the possibilities that the academy offers.

“We get to mentor a lot of potential black pilots, provide internships and build a reservoir of talent,” he said.

According to Fraser, a lot of kids can only dream of joining the commercial aviation industry.

Fraser said that he wanted to become a pilot the first time he laid eyes on an airplane.

To fulfil the dreams of others, Fraser said that he is seeking to tap businesses and the private aviation sector for funding. That, in turn, will give them access to the students.

The Redtail Flight Academy programme was recently featured on CBS News where two of the students were interviewed about their participation.