Cops nab colleagues who are alleged members of criminal gang 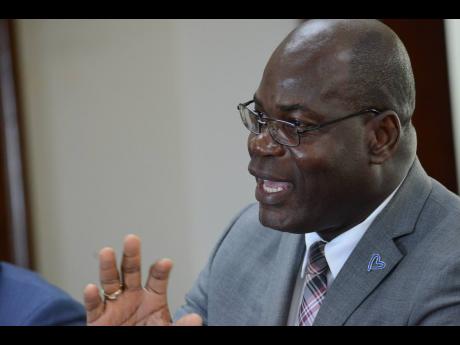 Charging that numerous members of the Jamaica Constabulary Force are involved in the island’s underworld today, former Senior Superintendent of Police Reneto Adams said he is not surprised by yesterday’s arrest of four members of the force, alleged to be members of the Clarendon-based Ranko Gang.

According to Adams, he had publicly stated about 20 years ago that many police personnel were aligned with gangs but was ridiculed.

Deputy Commissioner of Police in charge of the crime and security portfolio, Fitz Bailey, yesterday made a stunning revelation at a press briefing that eight police officers have been identified as alleged members of the 27- strong gang, which has been linked to several serious crimes across nine parishes.

It was also disclosed that four of the lawmen along with eight civilians were arrested yesterday morning during an operation.

Three other constables are on the run including one who fled the island last year.

Silvera and his colleague constable, Christopher Robinson and Mark Bennett are all currently before the Home Circuit Court on a charge of conspiracy to murder in relation to an alleged murder attempt that was foiled by the police.

According to Bailey, the plot, which was uncovered last June, surrounds a plan to kill an alleged member of the gang who was accused of being a police informer. Stemming from the investigation, the gang’s deputy leader Kervon Salmon was killed during the operation.

Adams, however, when contacted, said he was not the least bit surprised by the arrest or the revelation that Silvera is the alleged gang leader.

“It is not the first and criminals have always been in the force,” he said.

“Twenty years ago, maybe not exactly, when I made a public pronouncement that corruption was in the force and members of the force were part of gangs in Jamaica, facilitating criminal elements and all that and supplying them with the information, I was ridiculed and I don’t want to state a falsehood but I think I was told by the senior person in authority to withdraw my statement and apologise.

“I didn’t because I knew at the time and still do that many, many members of the force, as it also now exists, are a part of the criminal element underworld out there but it is not by accident, it is by design,” he shared.

Adams said the gangs deliberately organised themselves to ensure that some of their recruits are members of the security forces so that they can stay abreast of the police’s security operations.

The former senior cop described police gangsters as wolves in sheep clothing, who just joined the force to get a job and make some money but have no loyalty or commitment to the organisation or the country.

He shared that during his time he had to confiscate the cell phones of members of his team and withhold information from them about the location and time of the operation.

“So they didn’t get to call their friends. A matter of fact, I used to have to misinform them. So like I was going to Old Harbour, so they would be calling up all the Mandeville friends and the criminal elements to say ‘Mr Adams is coming’ when, in truth and in fact, I was only going to Old Harbour and I hope the force is operating that way still,” he recalled proudly.

The investigation, which commenced last year and covered the prior 2019-2021, started “when a series of robberies were reported which caused us to suspect police involvement,” he said.

In the meantime, the deputy commissioner said, “The police have the capacity and the will to investigate our own and this investigation was not reported by citizens it was as a result of our own intelligence-led investigations.

“We would like to declare that we will be unbiased to our approach to any member of the society who runs afoul of the law whether you are pastor, a priest, a politician or police, you will be apprehended and as long as there is sufficient evidence, you will be prosecuted,” he further declared.