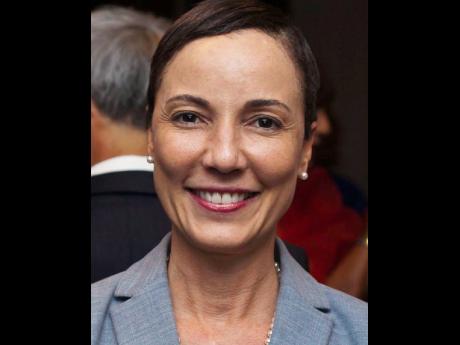 Jamaica yesterday announced the candidature of Senator Kamina Johnson Smith, minister of foreign affairs and foreign trade, for the post of secretary general of the Commonwealth.

A decision on the appointment of a secretary general is to be made during the Commonwealth Heads of Government Meeting, to take place from June 20-25 in Kigali, Rwanda.

“Minister Johnson Smith, Jamaica’s first female minister of foreign affairs and foreign trade, who was first appointed in 2016, is eminently qualified for the post. She has held several crucial leadership posts both regionally and internationally, having served as president of the OACPS Council of Ministers, chair of CARIFORUM and the CARICOM Council on Trade and Economic Development. She has represented Jamaica at numerous bilateral, regional, hemispheric and international forums, and was the first Jamaican foreign minister to be invited to G7 and G20 ministerial meetings,” noted a statement Friday from the Office of the Prime Minister.

Jamaica is currently the African, Caribbean and Pacific Coordinator within the World Trade Organization, a role headed by Minister Johnson Smith.

Prime Minister Andrew Holness said, “The Government of Jamaica has every confidence in Minister Johnson Smith’s abilities to build bridges and consensus, bringing governments and peoples to a common understanding. Her qualifications for the post of secretary general, including her high moral character, diplomatic and political acumen, proven competence, and commitment to the work of the Commonwealth, make her an excellent candidate.”

The prime minister expressed confidence that Johnson Smith “will bring a wealth of experience to the position, and is committed to international public service, with special regard for sustainable development, gender and the interests of small states, which will contribute significantly to the work of the Organization towards 2.5 billion citizens of the Commonwealth”.

Johnson Smith is an attorney who worked in private practice and as corporate in-house counsel and holds a Bachelor of Arts in French, a Bachelor of Laws and a Master of Laws in Commercial Law.