The sweeter the better 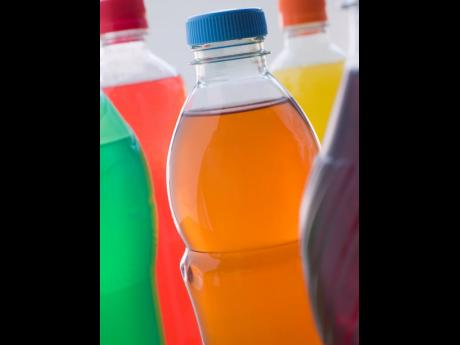 Students have the option between prominently placed outside vendors and the school’s canteen for their fill of sugary drinks. 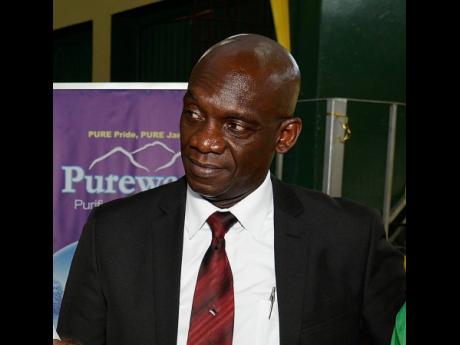 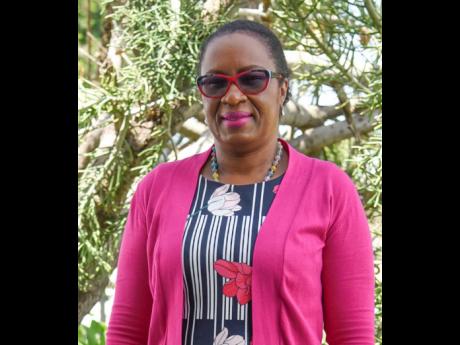 As the shaken soda oozed from the half-opened cap, grade four student Shania Acorn* gasped with disappointment. To her, it was as if liquid gold was being wasted, forever lost as the carbonated beverage muddied the ground below. “That’s the best...

As the shaken soda oozed from the half-opened cap, grade four student Shania Acorn* gasped with disappointment. To her, it was as if liquid gold was being wasted, forever lost as the carbonated beverage muddied the ground below.

“That’s the best part you wasting!” she shouted at this reporter over the low-lying fence of her primary school in Bridgeport in Portmore, St Catherine. “Now, when you drink it, is pure freshness you going to get.”

On the other side of the wall, a female vendor sold ‘gold’ indiscriminately – even more potently in the form of colourfully wrapped candies. It was irrelevant that, according to Health Minister Dr Christopher Tufton, the sugary drinks ban also included vendors outside school compounds.

Acorn, now laughing at this silly reporter, stuffed her bag of candy (worms) into her skirt pocket and darted further on to the school compound. Here, her classmates have the option between prominently placed outside vendors and the school’s canteen for their fill of sugary drinks.

In fact, such was the case for all six schools visited by The Sunday Gleaner covertly in St Catherine last week. The special undercover investigation was aimed at gauging adherence to the sugary drink ban in schools and public health facilities announced by the Government in January 2019. Three of the schools were in Portmore, while the others were located in Spanish Town.

With diabetes the number one killer in Jamaica, accounting for more than 2,600 deaths in 2019, according to the Registrar General’s Department, the ban was to force students, school administrators and health officials to lead by example in the reduction of sugar intake.

More than three years after implementation, however, it seems the ban has been lost, not only in schools, but also at the Spanish Town Hospital, where carbonated beverages were being sold openly from a food truck on the property.

The yellow truck was parked in an area of the hospital accessible only to staff and other authorised persons. With the assistance of hospital workers, The Sunday Gleaner team managed to purchase two carbonated sodas from the location, even receiving a receipt for one purchase.

Stipulations of the ban are that schools and public health facilities should not allow the sale of beverages with sugar levels exceeding five grams per 100 millilitres. However, the carbonated drink purchased Thursday contained 591 millilitres and had a total of 30 grams of sugar, which is higher than the recommended 29.55 grams allowed for that amount.

Jacqueline Ellis, CEO at the Spanish Town Hospital, said Friday that such actions were against the policy of the hospital.

“We have been enforcing the policy that came from the ministry, which outlines the grams of sugar that is acceptable on the content,” offered Ellis. “When they (supplier) come to replenish the vending machines, and we also have a truck on site, we speak to them ever so often when we do our walks,” noted the boss of the operators of the yellow food truck on the compound.

“When we go to them, they know us. They know that I am the CEO, they know that’s the director and they know the SMO, and of course, we would ask. Naturally, they will present to us what they know we want to see.”

“But we will continue to enforce the policy. We don’t have a canteen, per se; we only have the yellow truck on site. But it can’t be that we are one of the implementers of the policy and then we are going to breach it,” she continued, sounding incensed.

The news team, however, witnessed several members of staff purchasing sugary drinks from the truck.

The reaction from Antoinette Wright-Dallen, vice-principal at St Jago High School in Spanish Town, where carbonated beverages were openly sold at a tuck shop inside the school compound, was even more shocking.

Almost four years after the implementation of the ban, Wright-Dallen told The Sunday Gleaner that she was unaware that sugary drinks were not to be sold in schools.

The news team was able to purchase a soda at the tuck shop, where the shopkeeper complained about not having enough bag juice for students who preferred them.

One female student purchased a small soda, while the carbonated drink purchased by this reporter contained 591 millilitres of liquid, which contained 27 grams of sugar per serving. The bottle contained 2.5 servings. Inside the refrigerator, there were several carbonated beverages.

“We really don’t have a policy in relation to the sale of carbonated beverages. We try to offer a wide range of choices, but we have found that our children prefer water. I mean, our best seller is water,” said Wright-Dallen, following a discussion with the principal of the school.

“I don’t know of a ban. I know that there was discussion in relation to the carbonated beverages in schools but in terms of a ban, I didn’t know about that. I can say to you (however) that as reported by the canteen manager, most of the children purchase water or [flavoured] water.”

‘AGAINST THE GRAIN OF LOGIC’

Ironically, even flavoured water products were in breach of the stipulated sugar content, according to T he Sunday Gleaner probe.

Dr Oneil Ankle, principal at the Jonathan Grant High School in Spanish Town, which was also found to be in breach last week, sang a different tune.

It was only Friday that he found out his school was selling carbonated beverages at a tuck shop on campus; and only after The Sunday Gleaner team was able to purchase a bottle that contained 591 millilitres there. In it was a total of 39 grams of sugar (6.599g per 100ml), and it, too, contained two servings.

“We don’t [sell sugary drinks]. We have not gone against the grain of logic!” charged Ankle, when contacted by the newspaper last Friday.

Inside the tuck shop, however, were cases of carbonated beverages stacked knee-high, and one student was observed ordering a soda from a lady operating as a cashier.

“I would have to talk to my bursar on that one,” said Ankle. “He has the overall responsibility for the tuck shop operation. We don’t sell sugary drinks in the canteen, so if this is happening, it would have to be in the tuck shop. So I will definitely make checks into that.”

Students do drink carbonated beverages on the compound, he explained, but these, he believes, are usually taken from home or purchased from vendors located outside the school.

“They ask us not to sell those sugary drinks, but what you find is that the students are purchasing them on the outside. Yes, they do spend a lot of time in school, but they still consume a lot of sugary beverages outside of school,” Ankle noted, adding that any sanctions regarding the breach at his school must follow a discussion with tuck shop operators.