Bahado-Singh urged to quit before chairing from US, court told 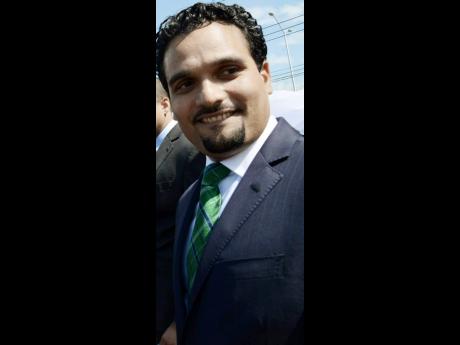 A legal officer at Petrojam recalled on Monday that she had advised Dr Perceval Bahado-Singh, before he was promoted to chairman of the oil refinery, to consider resigning from the board if he was going to be living in the United States.

The company’s corporate secretary, Tamara Robinson, made the revelation while she was being cross-examined by attorney-at-law Bert Samuels in the Kingston and St Andrew Parish Court, where Singh and former Petrojam general manager, Floyd Grindley, are being tried on several fraud-related charges relating to travel allowance claims.

The witness was questioned by Singh’s lawyer, Samuels, whether she had commented in a July 12, 2016, board meeting that a person who migrated should resign.

“I say they should consider,” said Robinson – an opinion she declared she would not retract even though several Jamaican directors live overseas.

At the time when the witness originally made the remark, Bahado-Singh was a board director appointed by then Energy Minister Dr Andrew Wheatley.

However, when pressed by Samuels whether she was told by the then minister that it was the correct thing, she indicated that she had had no conversation with Wheatley.

Robinson told the lawyer that her opinion was based on experience and that a response was given by the finance ministry in relation to a query about the same issue.

At the same time, Robinson admitted that when she spoke, she had not yet received the ministry’s response.

The witness previously testified that she had sought the ministry’s advice in July 2016 after Bahado-Singh had mentioned in the same meeting that he was advised that the board would be covering the directors’ local and overseas travels and had received a response in August.

During further questions about her opinion, Robinson confirmed that the joint-venture agreement signed between Petrojam and the Venezuela government did not prohibit directors from living overseas, nor did the Public Bodies Management and Accountabilities Act.

When asked if she would agree that the letter of appointment would constitute the terms of engagement, she stated that it would not contain all of the terms.

Robinson also said she had not known that Singh had been a full-time employee in the US while he was serving on the board but that she was aware that he was being paid a salary and was also serving on three other local boards.

The former Petrojam chairman is alleged to have submitted claims amounting to US$73,620, between December 2016 and May 2018, for overseas travel he did not make.

Grindley is alleged to have aided and abetted the then chairman in that process.

Robinson will undergo further cross-examination today when the trial resumes.