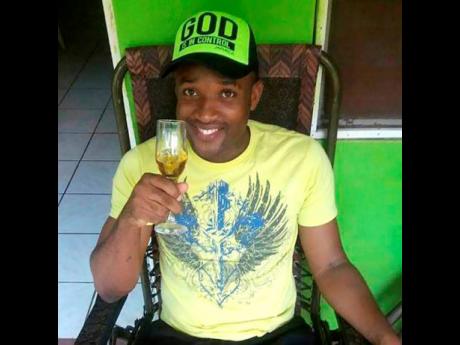 Sixth-graders at a Corporate Area school have pledged to honour their late teacher with exam success in the Primary Exit Profile (PEP).

Carlos Gordon, who taught at One Way Prep in St Andrew, died in hospital last Wednesday after a suspected heart attack. He was 37.

Gordon, who was one of three teachers nationally who died suddenly in 72 hours, had struggled with an undisclosed illness, his peers said. He had been hospitalised for weeks.

Dr Glenroy Fagan, senior director of corporate services at One Way, described his former colleague as a kind-hearted person who had an impact on many lives, even those who were not directly under his supervision.

Students who sat the first round of PEP exams while Gordon was in the hospital were unduly affected because they had expectations that their teacher would return to the classsroom.

Audra Fowler, principal of the prep department, said that the late teacher was proactive and had a special talent for engaging students.

Gordon, who was from St Thomas, was very close to his siblings, administrators said.

“Since I came and met Mr Gordon, we have had a good rapport. He is like that jovial, very friendly. Once you ask him to do something, he will do it. He takes criticism well. He is very dedicated and he wants what’s best for the children.”

Gordon was employed to One Way since 2006 and specialised in the teaching of mathematics and science.

Ethyle McNain, a colleague teacher, said Gordon always made time for everyone.

“Anyone who is in trouble or wanted to go somewhere, he made himself available. He’s just the type of person who never said no,” McNain said.

She remembers the exceptional assistance offered by Gordon when her husband was in the hospital. That help came in the form of transportation or just being there, she said.

McNain cherishes memories of Gordon tying the shoelaces for that special graduation boot she could not execute herself.

She also remembers how full of life he was at a Teachers’ Day trip in Negril a year ago, exercising on the beach and taking pictures.

“He had other things working on and promised that I would get them Monday when he came back to school … . That was it. He has been in the hospital since and that was it for us,” Smellie-Pinnock said of their last communication.

Students and teachers have had grief counselling sessions, with past students and parents chipping in to ease the trauma.

“All the parents from kinder to prep would have been familiar with Mr Gordon,” Fagan said.