Charlemont in mourning as another teacher dies 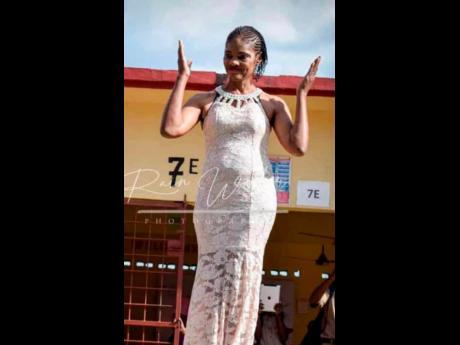 Charlemont High is reeling from the death of 62-year-old vice-principal Jennifer Gidden, who had been absent from school since falling ill last October.

Gidden is the sixth teacher in Jamaica to have died in just over a week - a shocking sequence of events that has rocked the education sector.

The mood at the St Catherine school was marked by disbelief and sadness as co-workers processed the passing of their colleague, who some of them have known for more than 30 years.

Mark Weir, a senior member of staff and acting vice-principal, knew Gidden for decades. He considers her passing a great personal loss.

Weir said when he came to Charlemont 20 years ago as a young teacher, she helped groom him for the role. He credits her for forging his character.

“She worked very hard to ensure that Charlemont becomes one of the number one schools in Jamaica today,” Weir said.

Rosalee DeSouza, who assumed the role of acting vice-principal since Gidden’s illness, said that the transition of the school leader was heart-rending.

DeSouza described Gidden as a jovial, no-nonsense, and dedicated educator who often went beyond the call of duty.

“But we are comforted by the fact she knew God. She would have served this institution with pride, and we keep this in our minds and cherish the fond memories we had on various occasion,” DeSouza told The Gleaner.

DeSouza said her last moment with Gidden was Tuesday when she requested to see her in person. However, when she got to her bedside, she could not articulate her thoughts.

Another vice-principal, Valvin Legister, said as soon as the news broke on Wednesday, the principal called the staff together and convened for prayer as they sought to motivate each other.

Gidden first joined the staff at Charlemont in 1988 and was promoted to the post of vice-principal in 2006.

In order to give the teachers time to grieve, the school board has given permission for school to be out until Wednesday, May 25, during which time they will receive counselling.