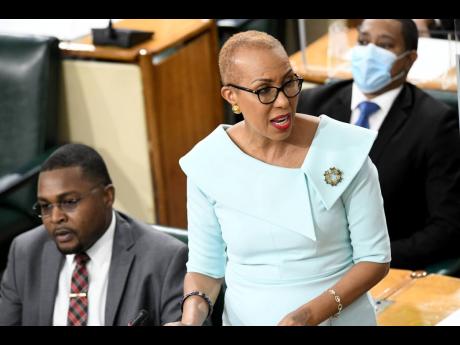 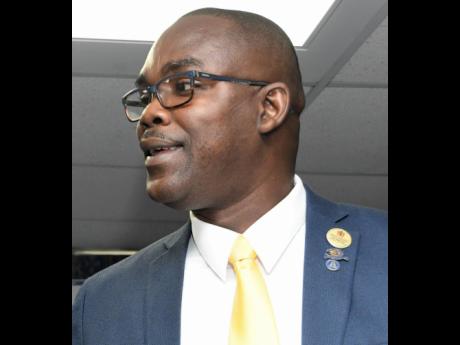 More than 2,000 educators are expected to be impacted by the Jamaica Teaching Council Bill currently before Parliament’s joint select committee following a requirement of at least a bachelor’s degree to satisfy qualification.

Representatives of the Jamaica Teachers’ Association (JTA) highlighted the issue during several presentations to the committee on Thursday, but it was President Winston Smith’s contribution that evoked testy exchanges between committee members.

JTA’s legal counsel Julian Mowatt had, before Smith, contended that sections 24 and 29 of the bill, which speak to eligibility and authorisation of who can teach, respectively, were points of concern.

Mowatt argued that teachers who would have gone to teachers’ college and obtained a teaching diploma are excluded from the profession under the current definition in the bill.

The bill defines a teacher as a person who, having been admitted to an educational teaching programme duly recognised in the country in which the person is qualified, has successfully completed a bachelor’s degree in education or its equivalent or, alternatively, a first degree with a postgraduate diploma in education.

She said that early childhood practitioners stood to be impacted the most.

“They won’t even have the dignity of being called teachers. That is the effect of it,” she told the committee.

“Our concern is that a wholesale modification will be made to an existing employment contract without any recourse, without a reference to the employee ... . Unilaterally, the Government, as employer, is changing the terms of the employment agreement,” she said.

Mowatt argued that removing the title constitutes a demotion and said that the matter is made worse because the bill requires the affected teacher to regain the title by applying for authorisation.

She singled out Section 29(2)(a), which stipulates that authorisation can only be granted from the teaching council if it is satisfied that the prospective employer of the person is unable to find a licensed teacher who is suitable to fill the position.

Additionally, Section 29(2)(c) requires that authorisation can only be granted from the teaching council if it is satisfied that the person has skills that are in short supply.

“What if those skills are not, in fact, in short supply? You will not get an authorisation to teach. You would not have fulfilled those requirements,” said Mowatt.

Smith, too, challenged that the bill, if passed in its current state, would “wipe out” a significant portion of the teaching profession, given the definition of a teacher and the requirements for qualifications.

He said that it would remove a significant number of specialist one and specialist two teachers.

“This bill, as is here, would, in effect, remove the person with a teaching diploma, the person who has a qualification from the VTI (Vocation Technical Institute), the teachers, though small in numbers, who have certificates in education, if it is signed into law,” he said, noting that more than 2,000 teachers would be adversely affected.

But committee chair Fayval Williams, who is also the minister of education, took objection to Smith’s position, insisting that he was sending a “very wrong signal” to the country with his statement despite knowing that that was not the intent of the bill.

“When you telegraph that to Jamaicans and to other teachers, I have to wonder, what is the underlying message that you want teachers to get?” Williams questioned.

On a point of order, committee member Senator Lambert Brown interjected, insisting that associations that go before the committee must be given the freedom to speak without influence as, ultimately, it is the committee that determines what goes into the bill.

“If they have strong views, let it be reported here, and we take it into consideration,” Brown challenged.

However, Williams cut him short, doubling down that presenters are allowed to speak but must be corrected if statements are misleading or untrue.

The meeting, shortly after, erupted when Brown said it was offensive of Williams and other committee members to direct presenters on what should be said.

“I’m not going to bow to the tyranny of the majority!” Brown shouted during the loud and combative cross-talking.

The exchanges continued, ceasing only when Williams regained control and pressed him to state his point of order.

Committee member Floyd Green then sought to bring clarity to the matter while contending that Smith’s statement was untrue.

“There is a designation under the act for every single person, whether they have a certificate, VTI, or diploma, they can qualify. So there would be no wiping out,” he said, referencing Section 82 of the bill.

But Mowatt rejected Green’s statement, arguing that it would not have the desired outcome as stated.

She said a person being registered does not give them the ability to teach.