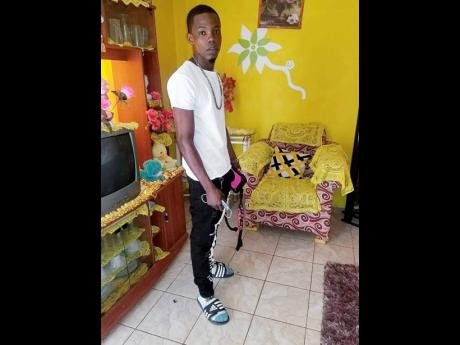 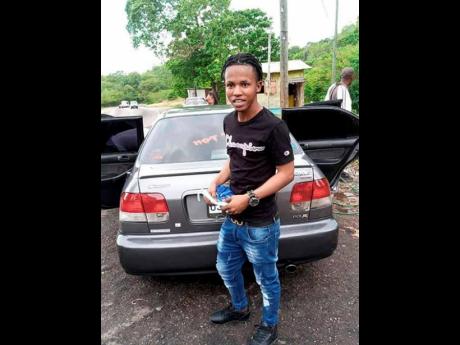 The family of 26-year-old Omar Hewitt and Navardo Brown, 21, who were killed in a three-vehicle crash in February, have expressed frustration with the pace and progress of the police investigation. Nickeisha Walters, sister of Hewitt, said the...

The family of 26-year-old Omar Hewitt and Navardo Brown, 21, who were killed in a three-vehicle crash in February, have expressed frustration with the pace and progress of the police investigation.

Nickeisha Walters, sister of Hewitt, said the quest for justice for her brother and cousin has been blunted, allegedly, by an investigator at the Mandeville Police Station.

“He has been treating them really rough, as in he doesn’t want to talk to them or anything like that,” Walters said in a Gleaner interview.

Efforts made to contact the investigator were not successful up to press time.

After being hit by a Toyota Mark X, both men, who were aboard a motorcycle along the accident hotspot of Spur Tree Hill, were catapulted into the air before they landed on the windshield of a Coaster bus.

Brown reportedly died on the spot, with a broken neck, while Hewitt, according to his sister, succumbed minutes later.

Hewitt was allegedly not taken to hospital for treatment but was left to lie in the sun as he battled for life, his sister said.

Walters said she has seen videos of her brother’s eyes still moving and his chest heaving with laboured breaths.

“His death, it has been really hard to know that he wasn’t even dead [at first] ... . He was lying there, but nobody helped,” Walters said.

“That’s the hardest part of it, to know that he didn’t die immediately. He had enough time,” she said, suggesting that he might have survived if he had been rushed to hospital.

Walters revealed that her mother continues to struggle to cope with her son’s demise.

The family is hopeful that further intervention will assist the 55-year-old with grief management.

Senior Superintendent Lloyd Darby, commander of the Manchester Police Division, informed The Gleaner that the investigations are still ongoing.

The accident reconstruction report, he said, was inconclusive, as there was not sufficient evidence to charge the other driver.

The file is currently being completed for it to be sent to the coroner’s court for review.

Darby disclosed that reported eyewitnesses at automobile crash sites are often not willing to give statements that would assist investigations.

“We tried to get witness statements … from persons who sell along the road, because there are various sellers along the road that we believe could have seen something, and all of them that we interviewed said they only heard the sound … ,” said the police commander.

“None of them could speak to what occurred before the accident, which would be integral to the investigation,” he explained.

Darby has urged the family to contact him directly.

The May 1 crash death of 70-year-old Polleen Heavens along the Holland Bamboo corridor in St Elizabeth has exacerbated Walters’ anxiety.

Karrel Biggs was charged with causing death by dangerous accident in that incident.

The family of Hewitt and Brown want the driver involved in their deaths to face justice as well.

“It’s just making her even worse and angry because [the man] that was driving the Mark X, he has not been charged to date, and we haven’t gotten any court date from the officer who has the case,” said Walters.