McKenzie hailed for championing cause of homeless 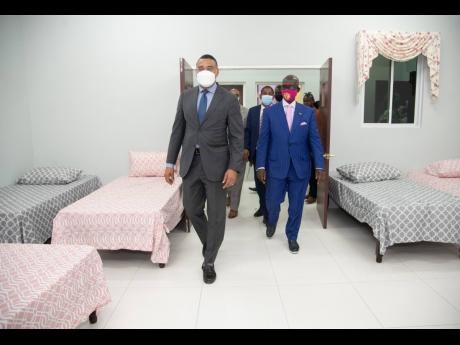 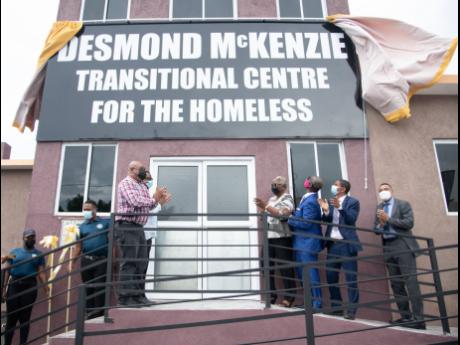 “A fitting name and a symbol of hope.”

That is how Prime Minister Andrew Holness described the Desmond McKenzie Transitional Centre for the Homeless on King Street in downtown Kingston, as it was being officially opened on Friday.

Ground was broken in November 2019 for the $140-million facility which can house 40 people.

Holness said that, in addition to shelter, food and basic hygiene, critical services will be offered to residents, including psychiatric care, counselling, rehabilitation, occupational therapy, social reintegration and medical treatment.

“The provision of medical treatment is particularly important as studies have shown that homeless populations in general are six times more likely than housed populations to become ill or infected with diseases. It is anticipated that this facility will set an example of service excellence with regard to the improved care offerings to the poor and vulnerable,” Holness said.

Jamaica’s homeless population is in excess of 2,000, with at least half of that number in the Corporate Area.

Holness said that his administration views homelessness as a solvable problem and has built or expanded several drop-in centres across the island, with the objective of having a site in every parish.

“That is a substantial action on the part of the Government to give true service to the homeless and the most vulnerable in the country. This is a Government that truly cares. We don’t just talk about it, but we act in care,” he said, adding that, in the last financial year, more than 500,000 meals were provided for the homeless.

The prime minister noted that McKenzie, a former mayor of Kingston and current local government minister, has been a strong advocate for the poor and dispossessed throughout his career.

The Kingston and St Andrew Municipal Corporation (KSAMC) passed a resolution on May 10 to name the building in honour of McKenzie, who is also the member of parliament for Kingston Western.

“If I were of the view that the minister was not deserving of it and it came to my attention before it was approved, I would’ve stopped it,” Holness said in response to concerns about the naming of public buildings after ministers.

The centre is the brainchild of McKenzie, who had the vision to transform an abandoned dental clinic from as early as 2008.

“I remember going into New Kingston in a den that a lot of people were afraid to go to because of the stigma associated with those persons, and I went down into the gully and I fed them, but, when I reached home, I was told to stop at the door. It is a journey that I am happy has manifested itself to the point where we can officially open this facility,” McKenzie said.

The facility will better enable the municipal authority to manage homelessness in the Corporate Area and ease the burden on the Marie Atkins Night Shelter.

In his remarks, Kingston Mayor Delroy Williams, who chairs the KSAMC, said that McKenzie recently hosted a wellness day for the homeless, which is set to become an annual event.

“That is a day when we treat and fête the homeless; the doctors come in and treat them and look at the various medical issues, [including] psychiatrists, dentists; [and they are treated to] entertainment and food,” he detailed.

Williams said that it was an honour for the KSAMC to name the building after McKenzie.

Phase Two of the project will increase the capacity of the transitional centre to 100.