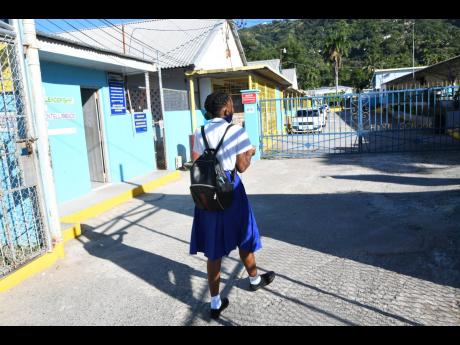 File
Through its Yard to Yard Find The Child initiative, the education ministry is hoping to re-engage all students back in school who were lost to the system during the COVID-19 pandemic. 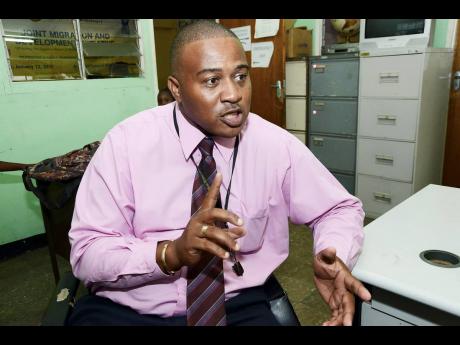 File
Richard Troupe, acting director of the safety and security unit in the Ministry of Education and Youth. 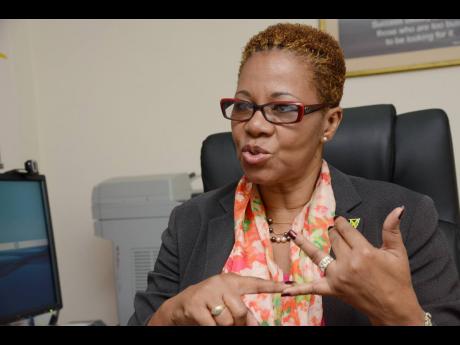 File
Maureen Dwyer, acting permanent secretary in the Ministry of Education and Youth. 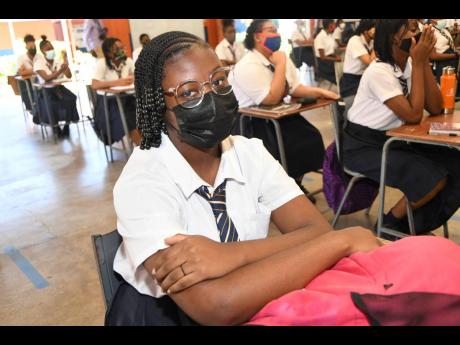 File
The full resumption of face-to-face classes took effect in March this year, some two years after the pandemic resulted in the suspension of in-person classes in March 2020, the same month Jamaica recorded its first case of COVID-19. 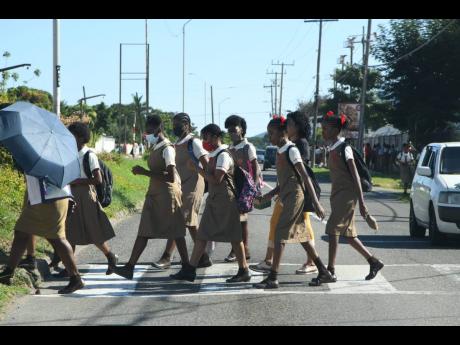 File
Figures from the Ministry of Education and Youth estimated that some 120,000 students were unaccounted for during the height of COVID-19 school closures that forced teaching and learning online.
1
2
3
4
5

After months of searching for thousands of students missing from the classroom via its Yard to Yard Find The Child initiative, the Government is considering legal action against negligent parents and guardians to get the minors back in school....

After months of searching for thousands of students missing from the classroom via its Yard to Yard Find The Child initiative, the Government is considering legal action against negligent parents and guardians to get the minors back in school.

Figures from the Ministry of Education and Youth estimated that some 120,000 students were unaccounted for during the height of COVID-19 school closures that forced teaching and learning online for two years.

The latest statistics provided by the education and youth ministry to The Su nday Gleaner revealed that approximately 27,000 of them have not returned to in-person learning since it was resumed earlier this year.

“As guided by the Child Care and Protection Act, every child has a right to an education. If moral suasion fails and it is proven that parents/guardians are being neglectful in ensuring that their children are in school, then such cases will be referred to CPFSA (Child Protection and Family Services Agency) for its intervention, which, of course, has legal implications,” Richard Troupe, acting director of the safety and security unit in the Ministry of Education and Youth told The Sunday Gleaner.

“I think we have roughly between 25,000 and 27,000 children who we have still not been able to re-engage,” he added, pointing to those yet to return to the classroom.

Of that number, the ministry and school officials have been able to make contact with some 17,000. Some mainly upper school students among them, seemingly with the approval of their parents and guardians, have decided to remain in jobs they had taken up as a result of the COVID-19 blow to the finances of their households.

Troupe explained that in some cases, the parents tell the children that “it is their time now to play their role in providing financial support to the family as a way for the family to cope with the rising cost of living”.

Despite the reduction in the total number of children missing from classrooms countrywide, the situation remains troubling, Troupe admitted.

“It is a cause for concern. Truth be told, even prior to COVID there was always a percentage of our enrolled students that would not have been maximising the teaching and learning opportunities,” he said, noting that pre-COVID truancy numbers, which hovered between 15,000 and 20,000 students, have been worsened by the pandemic.

“A lot of our boys would have moved into the construction industry. For our girls, there are some that are in the BPO (business process outsourcing) industry, others are doing other economic activities such as vending,” said Troupe, adding that the data is still being examined.

He also highlighted that some students may have sought ‘employment’ in more sinister sectors.

“That’s part of the concern of the Ministry of Education and that’s why we conceptualised Yard to Yard. It is a probability and the crime stats would have indicated that it was a cause for concern,” said Troupe.

He continued: “ ... There would have [also] been an increase in teenage pregnancy, which would have suggested that during the period when we were relying on the remote modality of teaching and learning, there was an issue with children, whether they were willingly engaged or against their will. We are seeing greater numbers of children being pregnant, we are getting [more] reports.”

Troupe admitted that the education ministry is still struggling with mapping the initial estimate of 120,000 missing students with actual names and addresses as many phone numbers on file no longer work and some families have relocated.

“All parishes are affected. I think where we have the greatest concentration, though, are with schools that are located in communities that are locked in violence,” he said, noting that efforts continue to find the yet-to-be-found 10,000 students.

The Yard to Yard initiative, which started in December last year but got under way in earnest in January 2022, should have lasted for three months but is now scheduled to go up until June this year.

The full resumption of face-to-face classes took effect in March this year, some two years after the pandemic resulted in the suspension of in-person classes in March 2020, days after Jamaica recorded its first case of COVID-19.

Teaching and learning continued remotely as classes moved online but many children were left behind as a result of lack of access to devices to connect to classes, Internet connectivity issues and other challenges.

As the education ministry continues to assess data being collected on students still missing from the classroom, Troupe said that a number of other troubling trends are emerging.

“They are even questioning why they should come back if they aren’t going to be doing exams,” he said.

While the data suggests that many of those working are engaged in informal jobs, Troupe said that some are reportedly employed in the formal sector.

David Wan, president of the Jamaica Employers’ Federation (JEF), said he was unaware of this.

“I have not received any information that leads me to believe any of our members are employing underage persons. As for the informal sector, I can’t speak with authority,” he told The Sunday Gleaner.

The JEF president said he would not hesitate to condemn any member organisation breaking the law by employing minors.

According to Wan, his association is firstly concerned about the reasons the cohort did not return to school.

“And, secondly, the potential impact on the workplace after they attain the age of majority – lack of basic reading and writing skills, impaired productivity, etc,” he told The Sunday Gleaner.

Wan expressed concern on the implications for the country’s already-worrying crime situation.

“Without basic skills of maths and English, there will be a strong pull towards illicit activities to support themselves because most employers won’t hire them,” he said.

Maureen Dwyer, acting permanent secretary in the Ministry of Education and Youth, told The Sunday Gleaner that the efforts to have the missing students return to the classroom will continue, even as she noted the success in slashing the number from 120,000 to 27,000.

“We are still not where we want to be. While we are happy the numbers are down, we are still encouraging the parents to send them out. The provisions are there for them and they should be allowed to access it,” Dwyer said.

“I am encouraging the parents and the communities not to be short-sighted about the matter of schooling because it is not simply about getting a job. It is about inculcating the attributes of a good citizen,” she said.

She is calling on persons employing these students in the formal and informal sectors to ensure they are of legal working age.

“We are really depriving them of a better future when we simply make the motive about a quick earning or a quick bread,” Dwyer said.