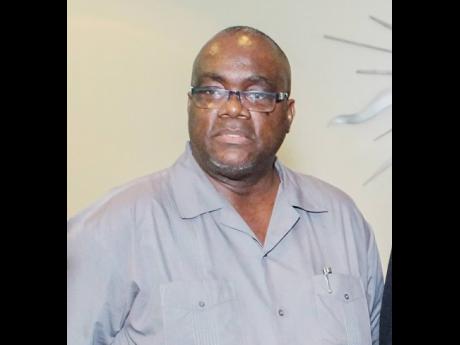 The education ministry has turned back a recommendation of the board of Jamaica College (JC) for the provisional appointment of Wayne Robinson as principal of the St Andrew-based all-boys institution.

In a memorandum dated May 24, the ministry’s Teachers’ Service Commission (TSC) secretariat said, after reviewing documents submitted, Robinson “does not have three years of service as a trained teacher in a public educational institution”.

“Kindly submit a letter justifying the board’s selection and a request to waive the requirements for appointment to the post,” added the document that has been obtained by The Sunday Gleaner.

The memo from Renay McKnight-Reid, a director at the TSC, was sent to Dasmine Kennedy, the acting director of the ministry’s Region 1 that covers schools in St Andrew.

It was sent through Dr Kasan Troupe, the acting chief education officer in the education ministry, and copied to Michael Bernard, the chairman of the JC board.

The document bore signatures belonging to McKnight-Reid and Troupe.

Bernard said he was not aware of the commission’s response. He is, however, insisting that Robinson is “adequately qualified” for the position and that he has confirmation of that from the ministry.

“He does have what is required and I can guarantee that,” he said, adding that he ensured that Robinson met the teacher-training requirements “years ago”.

In April, the board said Robinson was declared “fully qualified, in writing, by the Ministry of Education in 2019, and has been vetted by the ministry and shortlisted for the permanent position”.

The JC board submitted its recommendation more than a month ago.

In an interview with The Gleaner in November 2021, Robinson said he had met the minimum requirements for the position.

“I’ve qualified before and am fully qualified now,” he said when asked about his teacher training qualifications and certification with the ministry’s National College for Educational Leadership (NCEL).

“From two years ago,(or was it three?), we got that (NCEL qualification) from the CEO. We went and made sure that whenever the vacancy (was available), all my qualifications satisfy that.”

NCEL certification is a ministry requirement to be appointed principal.

Asked yesterday to confirm the latest development, Education Minister Fayval Williams said: “As far as I am aware, no such matter is before the board of the TSC”.

As the memo came from the TSC’s secretariat, it is not clear whether the JC board submission was seen by the TSC board, which makes the final decision.

The usual course for submission is from the school’s board to the regional office, which then forwards the documents to the TSC, whose secretariat would check them before placing them before the TSC board for a final determination.

The regulations governing the Education Act outline the basic requirements for appointment as principal of a public institution.

Among other things, Schedule B of the regulations states that, for appointment as a principal, the candidate is required to be a registered trained teacher with at least three years of approved service as a trained teacher. It says the requirements may be varied based on the individual case.

Robinson is a director and former principal of Quality Academics, a private educational institution.

He has been acting in the position of JC principal since 2016 when then principal Ruel Reid was seconded from his job to take up the appointment of minister of education.

Reid resigned his ministerial position in March 2019 amid an emerging Caribbean Maritime University (CMU) scandal, and has subsequently been battling several corruption charges.

The JC principal position became vacant last year after Reid and JC worked out a $23-million settlement for him to resign as the school’s headmaster.