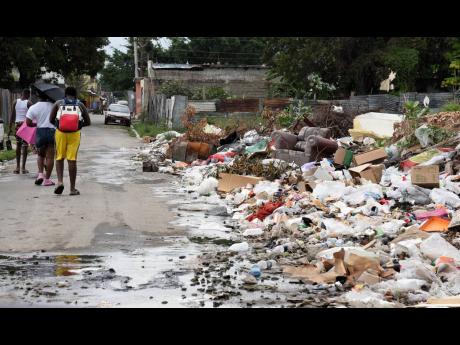 Waste disposal and garbage collection are easily the gravest environmental issues emanating from an explosion in squatting over the last three decades that has largely gone unchecked by the authorities, experts say. 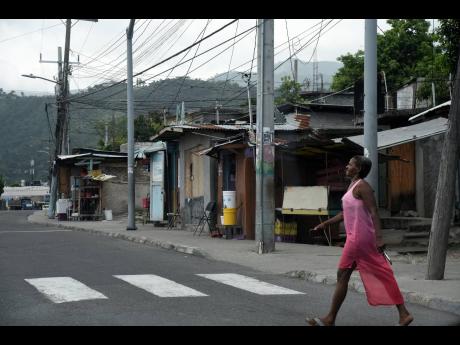 Ian Allen
Mona Commons, a 60-year-old informal settlement located across from the main entrance to the University Hospital of the West Indies. 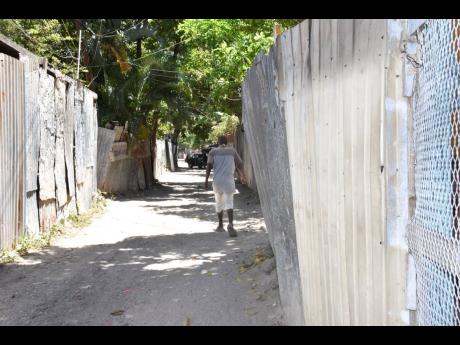 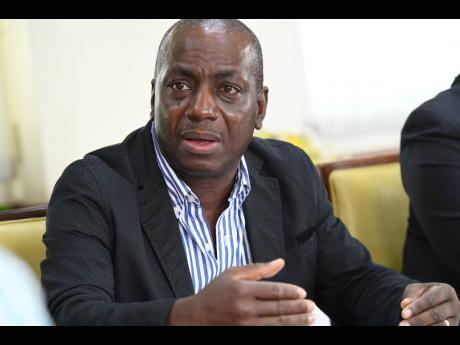 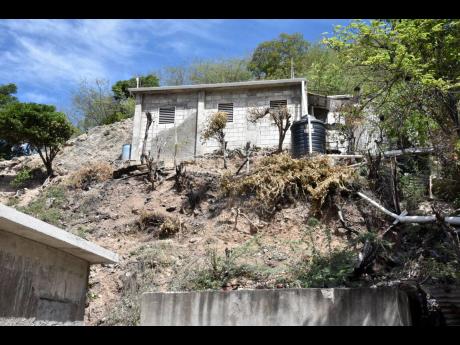 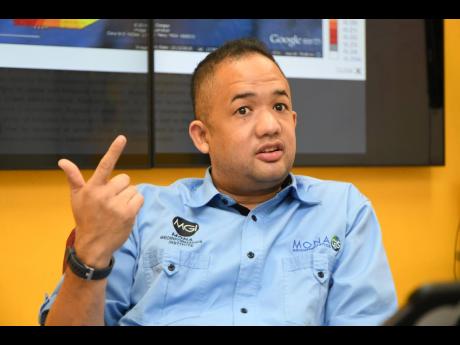 Improper waste disposal and poor garbage collection in informal settlements across the island are among the issues that pose a danger to the environment, noted geologist Dr Parris Lyew Ayee Jr. It is even more detrimental when there are droughts,...

Improper waste disposal and poor garbage collection in informal settlements across the island are among the issues that pose a danger to the environment, noted geologist Dr Parris Lyew Ayee Jr.

It is even more detrimental when there are droughts, triggered by the impact of climate change, he added.

As an example, he said a squatter community located along a sensitive aquifer would be dumping their sewage and human waste into the groundwater system, causing it to become polluted.

“So, when we have drought and we pump more water out of wells because we can’t rely on river water, that’s the groundwater we are touching, the polluted groundwater,” Lyew Ayee Jr told The Sunday Gleaner.

He also pointed out that housing developers are required, by law, to install approved waste management and water disposal systems.

At last count, there were just over 700 squatter settlements spread across Jamaica, according to the Squatter Management Unit, based in the Ministry of Economic Growth and Job Creation.

A new survey is now under way to get a more up-to-date figure.

Waste disposal and garbage collection are easily the gravest environmental issues emanating from an explosion in squatting over the last three decades that has largely gone unchecked by the authorities, experts say.

Other issues include crowded households, houses built on gully banks, flooding, poor infrastructure and the absence of proper drainage.

For Audley Gordon, head of the state-run sanitation agency, National Solid Waste Management Authority (NSWMA), it is not unusual for garbage collectors to encounter bags of human waste in some squatter settlements.

Gullies, too, often become the landing place for old cars, discarded refrigerators and other solid and human wastes that litter these unregulated schemes.

“Because of the unplanned nature of the community, you will find that you encounter some kinds of waste that you are not equipped to deal with,” said Gordon.

One of the biggest challenges to garbage collection in these unplanned communities is the absence of a proper road network, said Gordon.

“It makes it very difficult to navigate your way in and out to collect garbage,” he told The Sunday Gleaner during an interview.

Gordon disclosed that in some cases arrangements are made for residents to take their garbage to an agreed point that is accessible, but said that poses “another set of challenges”.

“You know the cultural challenge we have where people don’t readily conform to those kinds of directive or guidance. So, you have people who choose to dump the garbage in the gullies … because to get to where the trucks can collect them, they deem that too far,” he said.

Residents of Mona Commons, an unplanned community located in eastern St Andrew, insist that this is not the case there.

None of the residents who spoke to The Sunday Gleaner were willing to disclose their names, but they rejected the label of squatters.

Their garbage, they say, are disposed of in two huge receptacles placed at the entrance to the community, which are emptied “every single morning”.

They spoke with pride about the transformation of the 60-year-old informal settlement located across from the main entrance to the University Hospital of the West Indies (UHWI).

Though the dirt tracks remain, dingy wooden and zinc structures have largely been replaced by impressive multi-level concrete structures.

Gone, too, are the days when they had to make the trek over to UHWI to catch water in buckets, while the web of illegal wire connections has been replaced by regularised electricity.

“Yes, we start out as that,” one woman acknowledged, refusing to say the word squatter.

“But now some really big upstairs house wid all nine and 10 bedrooms over here. We all have doctors, nurses and police and soldiers over here,” boasted the 39-year-old second-generation resident.

A 54-year-old man, who has lived in Mona Commons for decades, admitted that residents are just “helping themselves” to plots of lands in the community.

“A man wi say, ‘Me see Tom Jones bruck down fi him house an a buil’ concrete house, so right now me a guh deal wid my own, too’,” he said.

Residents avoided The Sunday Gleaner team during a visit on Friday.

But homeowners on Southern Cross Drive complained that they have been forced to erect walls to the back of their premises to keep out heavy water that comes gushing down from the hills.

“I have had to replace tiles, which I am actually doing right now,” one woman lamented.

She said her house was inundated because her neighbour does not have a wall to prevent the water from entering through a side entrance.

She has since erected a wall to channel the water out on to the roadway.

McCaulay and other experts say this is the cause of the flooding frequently experienced by “legal” residents, particularly those along Harbour Drive, and those in the unregulated schemes.

Lyew Ayee Jr conceded that the environmental issues associated with squatting have remained relatively unchanged, but said his concern is that “the environment is changing”.

“So, the same activity is having a greater impact,” he reasoned.