‘We are not squatters’ 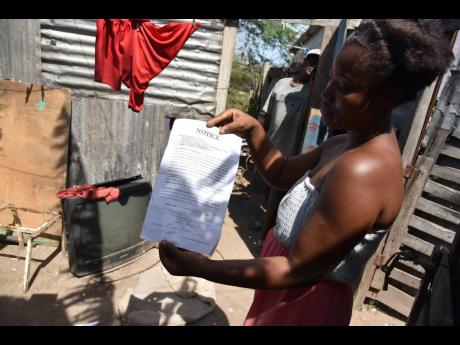 Kenyon Hemans
Some residents in Sandy Park, St Andrew say the majority of them have been paying lease or land tax for their properties for years and have their titles, and detested the Government’s branding of the area as an informal settlement. 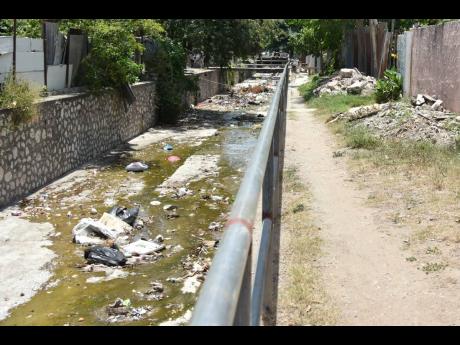 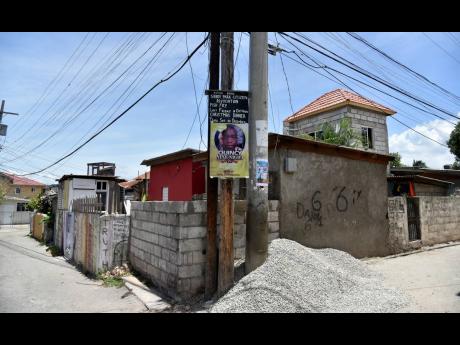 Kenyon Hemans
Concrete structures – some more posh than others, finished and unfinished – dot the landscape in Sandy Park, St Andrew. The community creates a labyrinth of footpaths and an uneven skyline. Here, there is a combination of paying and non-paying utility customers. 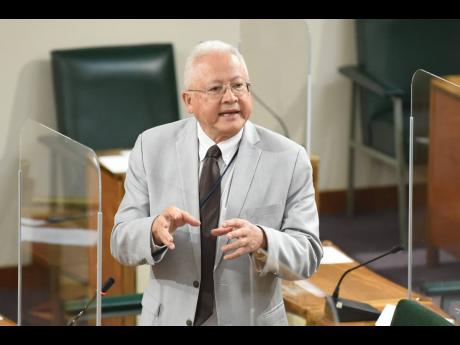 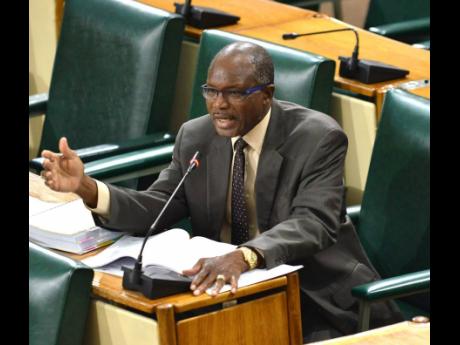 Everald Warmington, minister without portfolio in the Ministry of Economic Growth and Job Creation.
1
2
3
4
5

Defined as the illegal occupation of land and/or buildings, it is estimated that approximately 20 per cent of Jamaica’s population resides in squatter settlements. The matter of informal settlements has remained a perennial problem for decades,...

Defined as the illegal occupation of land and/or buildings, it is estimated that approximately 20 per cent of Jamaica’s population resides in squatter settlements. The matter of informal settlements has remained a perennial problem for decades, despite efforts by successive governments to arrest the problem through regularisation of long-standing squatter communities.

Just over 700 such informal settlements spread across Jamaica have so far been identified, according to the Squatter Management Unit, based in the Ministry of Economic Growth and Job Creation, many of which are melting pots of Jamaica’s most sinister social, political and economic ills. Often, these communities are also hotbeds for crime.

With ongoing concerns about the serious impact of squatting on crime, the environment, the economy and the country overall, the Government recently announced yet another road map to address informal settlements, pockets of which are located in the 14 parishes across the island.

According to Everald Warmington, minister without portfolio in the Ministry of Economic Growth and Job Creation, aggressive steps are now under way to acquire properties to regularise close to 1,000 households in the first instance in the parishes of Kingston, St Andrew and St James.

This has led to consternation in at least one community being targeted, which The Sunday Gleaner visited last week.

The residents of Sandy Park in St Andrew, dubbed an informal community by the Government as it announced steps to acquire and regularise 120 households on lands at 2, 4, 6, 8, 8B and 10 Sandy Park Road, are expressing concern about their fate.

The first of the lots houses six properties that essentially make up the whole of Sandy Park, accounting for just over 2,000 occupants.

Some residents say the majority of them have been paying lease or land tax for their properties for years, and detested the Government’s branding of the area as an informal settlement.

Others fear the move is aimed at driving them away to make room for high-rise apartments that in recent years have popped up around the community.

WHAT DOES HE WANT?

“I would like to know what Warmington wants with Sandy Park. We are not squatters. I have my title,” fumed George Kennedy, professed owner of one of the six addresses listed by the Government.

He was the only one who could immediately provide a copy of a title for his premises during the news team’s visit last Wednesday. Nonetheless, at least four proclaimed homeowners professed to have their titles. Some titles were said to be abroad, in other parishes, or in legal transition between family members.

“My grandmother died in 1990, and I took it over and have been paying the taxes from that time until now,” Kennedy continued. “I don’t owe taxes. This is all just politics. From me a boy, them a try to take away here from people.”

Under the Local Improvement (Community Amenities) Act, Section 3: “the minister may by order declare any area defined in the order, comprising lands specified in sub-section two, to be a special improvements (infrastructure) area”.

Subsection 2 describes these as areas where persons have occupied land by way of lease, licence or otherwise; and areas that have been developed without complying with the requirements of the Town and Country Planning Act.

It also applies to properties where, “the minister is satisfied that there is no provision or no sufficient provision, for any one or more of the following facilities: roadways, water supply, sewage disposal and electricity supply”.

Each of its six addresses stretches up to 8,000 square feet, separated by lanes. Concrete structures – some more posh than others, finished and unfinished – dotted the landscape. The community creates a labyrinth of footpaths and an uneven skyline. Here, there is a combination of paying and non-paying utility customers.

“Over here, there is a mixture of people; Labourites and PNP live together. No crime not committed here. Why does Warmington want right here? Is it to give the prime people them?” Kennedy quizzed, his theory supported by his neighbours, who called for a meeting with government representatives to clear up the issue.

On Thursday, Warmington tried to put the concerns to rest even as he asked the newspaper for time to compile a “full report” on the way forward.

“I heard about it (residents’ discontent), but we are talking about people who are squatting,” Warmington explained to The Sunday Gleaner.

“If you have a title, then you are not a squatter. It (acquisition) would not affect persons who legally own their land,” he continued, promising to provide further details about the acquisition process and costs at a later date.

During his Sectoral Debate presentation in Parliament last month, Warmington noted: “We are not displacing these informal settlers. What we are doing is improving their lives and accommodation by providing proper structure for them ... . Approximately 30 surveys will be contracted at a cost of $38 million and 23 of these are subdivision surveys, which will facilitate the issuing of 735 new certificates of title.”

Stanville in St Andrew and Bottom Pen in St James were the other two areas he pinpointed for the initial process.

Delroy Chuck, member of parliament for St Andrew North Eastern – in which Sandy Park is located – also tried to allay the residents’ fears.

“The people there have spoken with me, and I have asked Minister Warmington to give me an update on it,” Chuck told The Sunday Gleaner.

“The truth is that up to now, he has not given me an update from his technical people. When I spoke with him, he was only concerned about those persons who have built on the gully bank and who pose a danger to themselves,” continued the political representative.

Eleven years ago, Skeeta Ann-Marie Young, her partner George Bailey and their four children died in Sandy Park after their home collapsed into the gully during heavy rainfall. To this day, at least one of the victims – an infant – has not been found.

“If they have titles, then it is not a question of squatting,” he said, noting that although addresses were given, the targets are illegal squatters within 20 feet of the gully bank.

He could not say the fate of those persons who have built homes within the 20-feet margin, though long-standing residents of the community feel nothing will come of the renewed utterances about development and issuance of titles in the area.

Last week, neither the Jamaica Public Service nor the National Water Commission was prepared to say the rate of utility theft in the community. The electricity company said, however, that it is not yet involved in the regularisation of the area.

“However, we welcome the formalisation of communities in general and we do work with the Government to legitimise electricity supply, primarily via the house-wiring initiative,” the JPS said.

“JPS’s role in regularising communities typically involves the installation of the necessary power distribution infrastructure. We also engage the residents through our community renewal programme to educate them on the process of getting service legally, and help prepare them to become paying utility customers.”