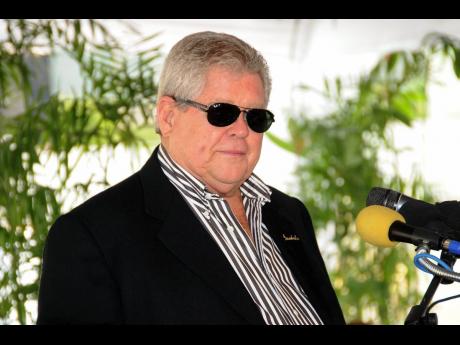 The court hearing in relation to the trust fund which late hotelier and businessman Gordon ‘Butch’ Stewart had set up in The Bahamas for the benefit of his children will not be held in private. The ruling was made last month in the Bahamian Supreme...

The court hearing in relation to the trust fund which late hotelier and businessman Gordon ‘Butch’ Stewart had set up in The Bahamas for the benefit of his children will not be held in private.

The ruling was made last month in the Bahamian Supreme Court, following an application by Cromwell Trust Company Limited for the file to be sealed so the matter can be heard in private.

A hearing took place on April 22 and the court, in giving its reasons last month for refusing the application, has referred to the matter in its heading as “contentious trust dispute”. The court ruled that, in the circumstances, the evidence did not show that it was necessary for the administration of justice that the proceedings be held in private.

Gordon’s widow, Cheryl Hammersmith-Stewart, is the plaintiff and she has named the trust company and the children as defendants.

It is outlined in the court’s ruling that the deceased Stewart was a wealthy and well-known entrepreneur who created two trusts governed by Bahamian law. The plaintiff, who is the common-law widow of the founder of the trusts, commenced an action against the trustee to which the founder’s children, as beneficiaries of the trusts, were joined.

After the suit was filed, the trustee applied for the file to be sealed and some of the defendants, referred to as the “first family”, supported the application.

Most of the deceased’s wealth was settled into three trusts, two of which are in The Bahamas. He left very detailed instructions expressing his wishes as to how the trust should be administered after his death.

According to court documents, he expressly stated that he wanted the trusts to be brought to an end promptly after his death and that the shares in the business holding companies be declared into five new trusts.

The court pointed out that Stewart died leaving two surviving branches of his family. The first branch is the “first family”, comprising his adult children and their respective families. The second branch is the “second family”.

Judge Indra H. Charles, in dismissing the application, said “taking into account the particular facts of this case, I am not satisfied by the evidence. It is therefore difficult to see how the publicity of the litigation will have any material/substantial additional effect. The fact that the litigation may be inconvenient but does not warrant the displacement of the open justice principle.”

In addition, the judge said that the open justice principle was embedded in the Constitution and so it ought not to be easily emasculated.