Kyra and Maya the anchor for Lennox Channer 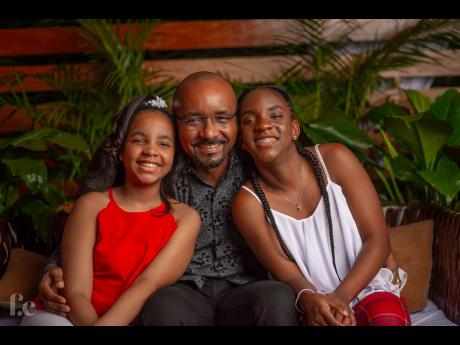 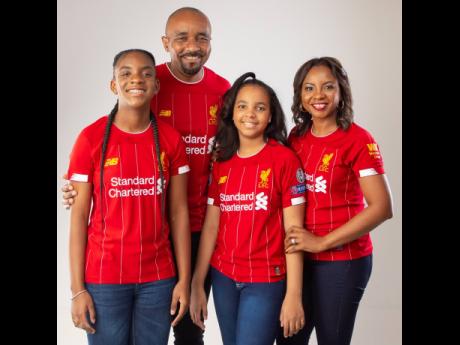 Contributed
The Channer family - Lennox Channer is all smiles with daughters Kyra-Jade and Maya-Paige and wife Shelee. 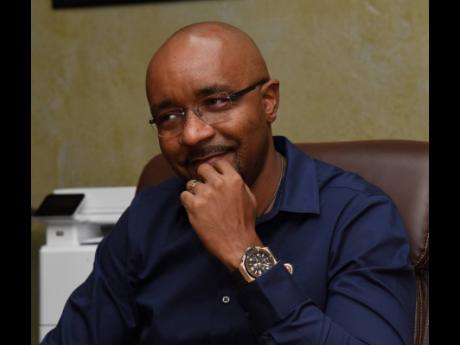 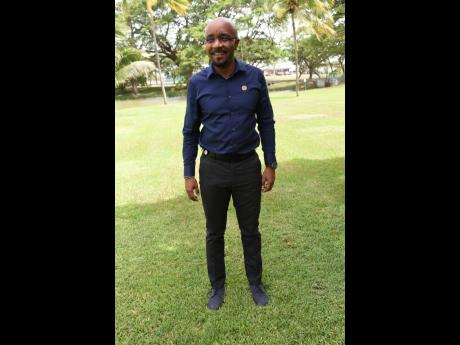 Lennox Channer has framed photographs of his daughters, Kyra-Jade and Maya-Paige, prominently displayed on his desk at the head offices of the Jamaica Broilers Group (JBG) in McCook's Pen, St Catherine.

Another framed piece with the word 'Dad' sits on a table nearby and is visible from any of the entrances to his office.

The daddy status is one the outgoing chairman of the National Housing Trust (NHT) and JBG vice-president in charge of accounting and administration wears proudly on his sleeves.

Sixteen-year-old Kyra-Jade, his first daughter, attends Campion College in St Andrew, while Maya-Paige is a first-former at St Andrew High School for Girls.

A trained accountant, he pays keen attention to detail and his training also taught him patience, that quality of human nature which causes one to be tolerant even under duress.

When Kyra-Jade was born, the value of all his training seasoned with a potpourri of love came full circle. He was now called to exercise patience for which he has no regrets.

Reflecting on his journey through fatherhood with The Sunday Gleaner, Channer called his daughters his double blessings.

Channer said that becoming a dad changed his entire perspective on life, making him want to help fashion a world in which they have an equal opportunity in life.

Channer knew, too, that he wanted to be a good dad.

When he became chair of the quasi state agency charged with the responsibility of producing affordable housing for many, he was helping others, including other dads, to provide homes for their children. After two, two-year stints, he is moving on, having also given voluntary service.

He also has no regrets for that sojourn.

Like most men who planned for their children, he had many questions before they were born.

“I did always want to be a dad. In terms of anticipating, I did a lot of that as well, just worried how they would be – whether they would healthy. Which attitude would they take? Would they be like their father or mother? Would they have their own attitudes? And just the fear of bringing someone into the world that you are responsible for. I am still responsible for them even though they think otherwise ... ,” he explained, the weight of that responsibility evident in his voice..

“It wasn't a real fear, but a real want to just have someone that you carry around when they are a baby, and you teach to walk, and you guide through life, and carry to school. It was something that I longed for,” Channer said.

He is not just a dad in name only. He attends parent-teacher meeting via online in recent times and extracurricular activities become family support events for Kyra's tennis and football and for Maya's swimming.

He wanted to be fully involved in his daughters' lives from the moment they took their first breath – changing diapers, holding them the right way, being their safe haven at nights, soothing, walking and hearing daddy's voice through song. Mom was the chief executive of day operations, he was night shift boss.

“I know there are fathers who think it's the mothers' responsibility. It's not. It has to be a team effort – both of you supporting each other, one taking over when the other is at their tether, but just being there, present, letting the child know you... ,” he explained.

On a beach trip some years ago, a massive wave took Kyra-Jade from his arms and while a panicked mom flew towards the water, Channer picked her up, cradling her and reassuring her with his voice and arms. It was important that she knew Daddy was “a safe haven” so they can develop confidence in his presence.

'They are my little sweethearts'

It will be the second Father's Day without his own dad, who died suddenly two years ago. Not showing emotion or communicating, they “knocked heads”, but he vowed to be different. He opts to show emotions to his daughters, including vulnerability when he is wrong.

That ability to concede opens trust, which Channer is intent on building.

Starbucks or ice cream is usually payback treat for him being wrong – which they always remember.

Parenting has grown more difficult over the years with the advent of social media and the busy lifestyles of parents.

For the Channer household, times spent on weekends, including Sunday dinners, are important family occasions. Channer prides himself on being a proud breakfast-maker for his children, with whom he shares a strong bond.

“When Kyra was growing up and when you are leaving home, I had to quickly develop 'soon come' because she would bawl down the place when I leave home. I would be the one to soothe. I remember driving in New York and I am the designated driver when we are abroad, and she was sick. She was just bawling for me. I had to stop and direct Shelee to drive and I go in the back and soothe her. So at times, it comes out where they want to hear from daddy. They want daddy's word, voice, shoulders. Yeah, they are my little sweethearts,” he said with immense pride.

They can jump in his bed at any time – and still do.

How would they describe him?

Channer believes the patience built for the preparation of his children has worked well for him as chairman of the NHT. In his role at Jamaica Broilers, he finds patience paramount whenever human beings are involved.

Channer is worried about the Jamaica in which his girls are growing up.

“I am very much worried in terms of what I see as misogyny in terms of just how women are perceived and discounted, how their voices aren't heard until it reaches a very strong point. I am worried about the violence. I don't know if it's good or bad that we shield them from it ... . We shield them from just how bad the violence is. I still think Jamaica is a great place and you have to manage how to live in it ... ,” he said, telling them the world is their oyster, even though girls and women are marked harder.

Praying about choices is also important in the pursuit of knowledge and God is also prominent in their daily lives.

Raising children in Jamaica today is vastly different from his time growing up in Mandeville, Manchester, where leaving home without Mommy knowing was okay, but going next door without a parent knowing could cause instant panic.

It is the duty of parents to be good role models, and to raise, care, teach and show acts of kindness for children to emulate. Keen on mentoring, he has offered his service to others, including older men. His alma mater Munro College; Jamaica Broilers; and the NHT have benefited in some small way from his efforts.

His pet peeve is being able to find a Father's Day card the day before it is celebrated, while Mother's Day cards are sold out a week before, while his greatest gifts are his girls: Shelee, Kyra-Jade, and Maya-Paige.